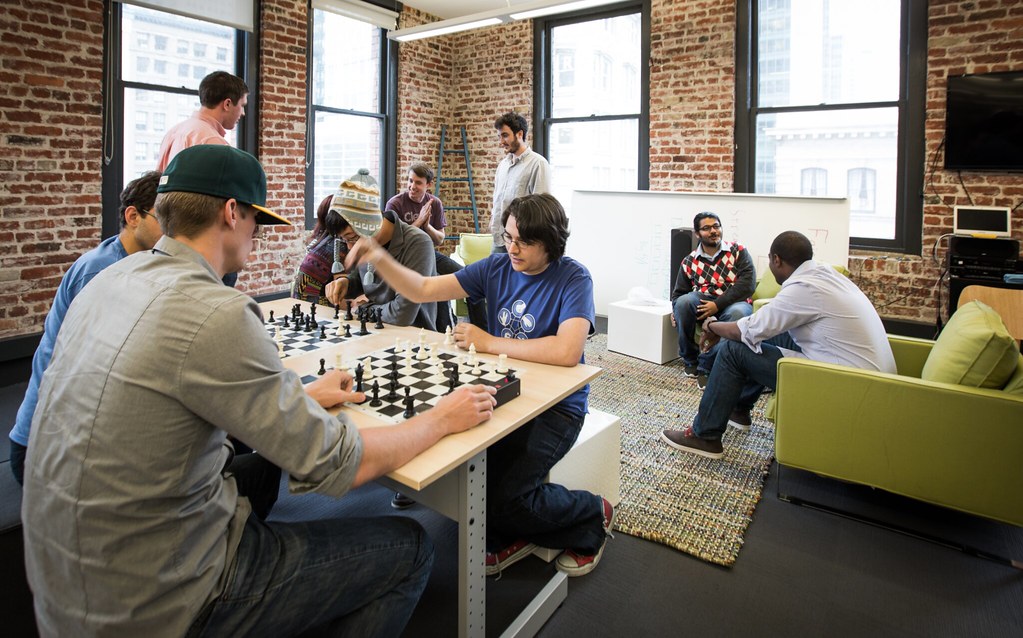 There’s been a lot of buzz about tech startups over the last few years.

The hype is often fueled by big exits from the likes of Instagram ($1 billion) and WhatsApp ($19 billion), both scooped up by Facebook, which itself has a valuation of over $230 billion.

It seems that a day doesn’t go by when another ride-sharing/social media aggregating/internet of everything startup isn’t being heralded as the next $1B unicorn. It seems all you need to do is throw together a few lines of code, raise some money, buy a foosball table for your office and wait for Freedom 27 to kick in.

RELATED: Find a Startup to Work for at Tech Fest

The truth is most startups will fail miserably. In fact, three out of four startups that raise substantial sums of venture capital will never return that money back to their investors. So if startups aren’t a guaranteed get-rich-quick scheme, why would anyone quit the comforts of corporate life for longer hours, lower pay and non-existent job security?

Because it’s about more than just the potential big exit. Here are 10 reasons you should work for a startup:

If you’re more likely to wait in line for the new iPhone than the new club opening, know more about Big Data than Big Sean, and are more familiar with Ashton Kutcher’s tech investments than his acting career, you’ll fit in just fine at a startup.

You’re probably going to work more hours in a startup, but how those hours fall during the day is often up to you. I usually work from 6am – 5:30pm, my co-founder is at his best in the middle of the night. As I’m writing this, midday on a Friday, there is no one physically in our office. We’re all working remotely from home offices, coffee shops or maybe even the beach. Startups are about performance, not timecards. If you want to see someone look really confused, ask a startup how they keep track of their timesheets.

3. You get to own something.

When’s the last time you went into a job interview and chatted about how much of the company you would own? Being a shareholder in the place that you work will completely change your outlook on your job. The employee/employer relationship is replaced by an aligned vision for the company and you’ll finally know what EBITDA stands for.

Startups are disruptive by design. If you aren’t solving a big problem, you won’t be around for very long. Google’s mission is to organize the world’s information and make it universally accessible and useful. Facebook’s goal is to give people the power to share and make the world more open and connected. Hootsuite became a part of political history as a communications catalyst for the Egyptian Revolution. Pressboard is supporting the future of storytelling. You never know what you could become a part of.

Christians have The Bible, Muslim’s have The Quran, and Startups have The Lean Startup. Build something, get people using it, learn quickly and do it all over again. In corporations, projects often take months or years to produce, if they ever even see the light of day. In a startup you have until Tuesday.

6. The upside is limitless.

It’s not all about the big exit, but it is nice knowing that it is a possibility. Canada is producing their own herd of unicorns, all valued at over $1B. Even if you only own a small slice of that, it would buy you a pretty nice beach house.

7. You get to use cutting-edge tools.

In any field, access to the best resources makes a big difference. Doctors need the best medical equipment, builders the best tools, and for developers, access to the best technology. Startups are breaking new ground in cloud computing, machine learning and big data, well before they’re household names. There’s no legacy systems in a company that is just starting to create its own legacy.

8. Your contributions are in need.

Ideas are the lifeblood of a startup and they are implemented as fast as they are brought up. You’ll never hear “Let me get back to you on that” while your suggestion slowly dies in bureaucracy or red tape. Ideas are like shots in hockey, you miss 100% of the ones you never take.

9. It’s the opposite of what you’re doing right now.

The best way to recharge your ambition is to break out of your routine. Different hours, different offices, different people, different tasks. Working at a startup will be nothing like what you’re doing right now, and maybe it’s time for a change. You only live once.

Startups are infiltrating every industry in every market in the world. If you’re into shoes, or food, or wildlife or the unique combination of cats, coffee and sci-fi, someone’s out there building a company that’s just right for you. And if you’re into marketing and storytelling, I know of a company that’s hiring right now.

NEED MORE REASONS? Check out: Eight Reasons Working at a Startup is for You