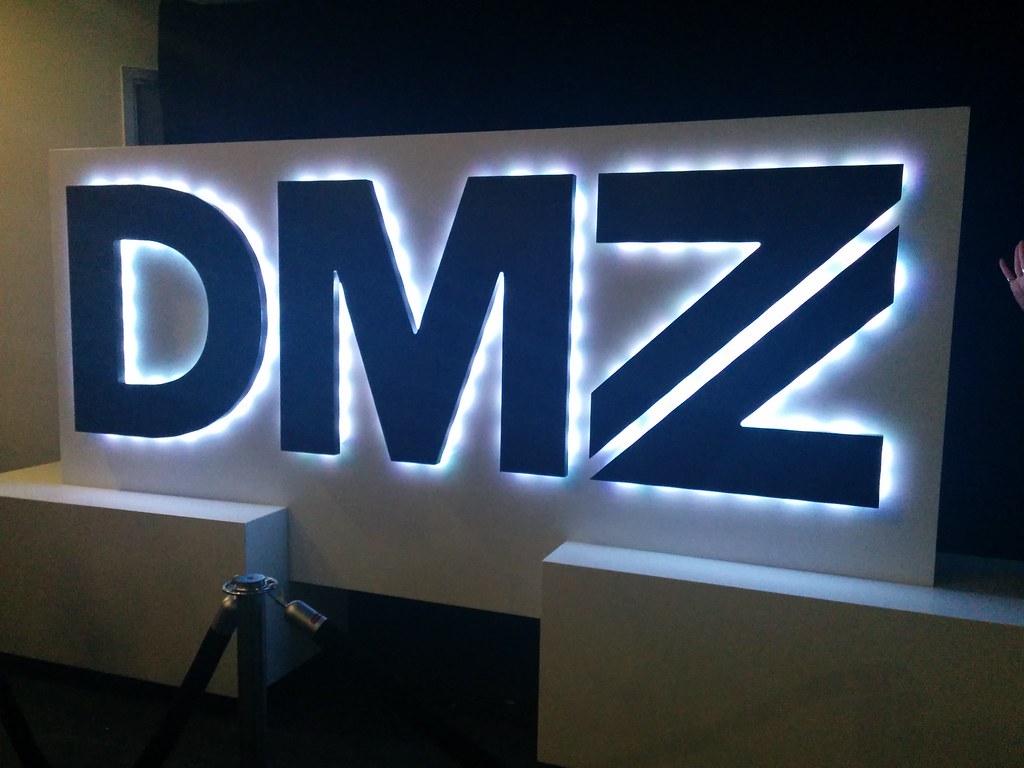 With 1,650 jobs created by the DMZ, over $70 million in funding raised by DMZ-based startups and seven new Ryerson “Zones” inspired by the DMZ, such as Fashion Zone and Launch Zone, to say that the DMZ has come a long way is an understatement.

However, as people enjoyed the limitless supply of beer, wine and hors d’oeuvres, they were privy to a special announcement kept under tight wraps until that night: What was, until now, known as the Digital Media Zone, would officially be rebranded to just the DMZ. As they brought out a gigantic birthday cake, they also unveiled a beautiful sign that now sits in their lobby and reflects their new logo design. To Torontonians, the change isn’t jarring – locals have been calling it the DMZ for a while now. But for the DMZ, the rebrand represents how much they’ve grown, and how that growth has pushed them to change their brand to reflect their place in the Canadian tech community.

“The Digital Media Zone, as we were known up until yesterday, celebrated five years of existence and we’ve grown so much and come so far in that time that it became apparent to us that we should update our branding to reflect who we are today,” says Brendan Dellandrea, the marketing and communications director for the DMZ. “A big part of that was reflecting the sophistication of the startups that we serve.”

Dellandrea says that the name needed to be more inclusive of the startups that call the DMZ home today – when the DMZ was established five years ago, it was focused on Ryerson University-based products that developed digital media products. Today, only about 10-20 per cent of their startups are digital media companies. “There are startups here that are changing industries and the lives of businesses and societies,” Dellandrea says. While a majority of their startups are B2B, they have startups spanning across industries, including DreamQii, who is trying to change the nature of aerial drone photography. “We wanted to have a name and a brand that reflects the incredible accomplishments of all of our companies.”

Though the name has changed, the mission statement remains the same. “Our mission is still to fuel the success of entrepreneurs by connecting them with customers, advisors, mentors, experts and each other,” Dellandrea says. “The DMZ is still pursuing that, but what this rebrand signals is the incredible success of the startups that we’re helping.”