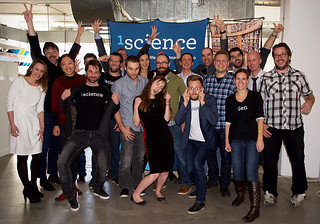 Eric Archambault says he wants to “facilitate the flow of knowledge.”

He’s the CEO of 1science, a Montreal-based startup that’s launched three products it hopes will do just that.

At the core is OAfinder, a search engine for peer-reviewed journal articles that area available in an open access, or free to read, format.

Scientists and other researchers generally publish their findings in peer-reviewed academic journals.

That’s especially true in the natural sciences and health sciences, says Archambault, and those journals are the first place other researchers look for new information.

“When they are hunting for knowledge, usually it comes from journals,” he says.

It’s a market that has become dominated by a few large players and those who have driven up the price of subscriptions. Universities can now pay as much as US$40,000 a year to subscribe to an single academic journal and prices like that are rising by six to eight per cent year-over-year.

For Canadian schools there’s another pinch – the price of subscriptions is usually in American dollars.

With universities facing shrinking budgets, libraries are forced to make some tough choices between the thousands of academic journals currently published.

“They don’t have the means to keep their subscriptions,” says Archambault, “they have to cut. Now we’re providing an alternative. If they cut something, there’s a good chance that we’ll be able to find a valuable part of the journals that were cut.”

That’s because there’s also been a rise in what’s called open-access journals, academic publications that are free to read.

As well, many researchers post articles that are published in traditional pay-walled journals on their own websites. Many universities also have institutional repositories – online public archives of all the research published by academics at the school.

Archambault says it wasn’t clear just how widespread this practice was until his other company, Science-Metrix, was contracted to do research on the subject for the European Commission, the executive branch of the European Union.

“Prior to our study, what people were saying is that less than 25 per cent of the papers were available” in open access formats, Archambault says. “We actually found double that. When we developed this measurement technology we saw the complexity of getting to all these articles.”

And that number is growing.

“In 10 years, between 80 and 90 pre cent of the literature will be available for free,” says Archambault.

That was the inspiration for 1science.

But those articles aren’t all in the same place.

“They’re extremely scattered,” Archambault says. “We’ll have to scan between 30 and 50,000 websites.”

University repositories are a challenge of their own says Mathieu Lampron, the company’s vice-president of product.

“When you’re talking about institutional repositories, a lot of them are not optimized for crawling,” says Lampron, “you have to take a case-by-case approach.”

There’s also different standards for metadata and the need to verify that a .pdf posted on a professor’s blog has the same content as an article in a peer-reviewed academic journal.

There’s also the challenge of quality, while many open access journals adhere to the same standards as paid journals, some will publish anything. 1science is using both a blacklist and whitelist to ensure they’re only finding articles from high quality journals but the company plans to take other steps in the future.

In addition to the search engine, 1science has also developed software to help universities manage their institutional repositories as well as a product that tells librarians what academic journals are actually being used at their institution and if paid articles that are being used are also available in an open access format, allowing them to better target any cuts they have to make.

The software doesn’t cheap but it does cost than subscribing to hundreds of journals, like universities currently do.

So far, 1science has singed a contract with École Polytechnique de Montréal, the engineering school affiliated with the University of Montreal. Archambault says he wants to have 15 signed up by the end of the year.