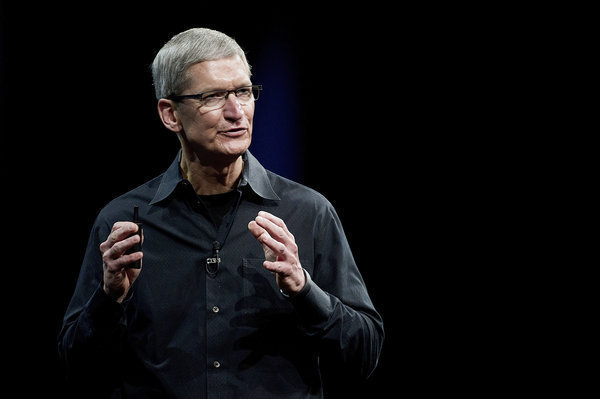 Tim Cook is the chief executive officer of the world’s largest technology company, Apple. The coffee will be had at Apple’s headquarters in Cupertino.

The auction will see the enormous proceeds benefitting the RFK Center for Justice and Human Rights. The coffee with Cook started at a modest $5,000, but after more than more than 100 bids, the price settled at $610,000.

Unfortunately, there are some pretty hefty restrictions on the deal: “The winner cannot blog, social network, talk to press, write about, take pictures or record during the experience in any way,” reads the auction’s legal terms, among other limitations. The experience will last for “30 minutes to one hour.”

In 2012, Tim Cook was named a runner-up to TIME’s Person of the Year and topped Vanity Fair’s New Establishment list. Before being named CEO in August 2011, Tim was Apple’s chief operating officer and was responsible for all of the company’s worldwide sales and operations. He also headed Apple’s Macintosh division. Tim earned an MBA from Duke University, where he was a Fuqua Scholar, and a Bachelor of Science degree in Industrial Engineering from Auburn University.