June was a busier month than May in the announced technology M&A, both in terms of number of transactions and value.

But the month saw a slight slowdown in private placements into public and private technology companies. This led to a lower Q2 of $351.2 million in private and public tech financings, compared to the $586.6 million in Q1. We plan to show more of the breakdown of these numbers in our 1H 2014 report soon.

There was a total of $374 million in announced M&A value across 27 transactions in June. Most notably, QLT Inc. sold to Auxillium Pharmaceuticals Inc. for $357.4 million CAD. The Canadian company will continue to own about one quarter of the combined firm. 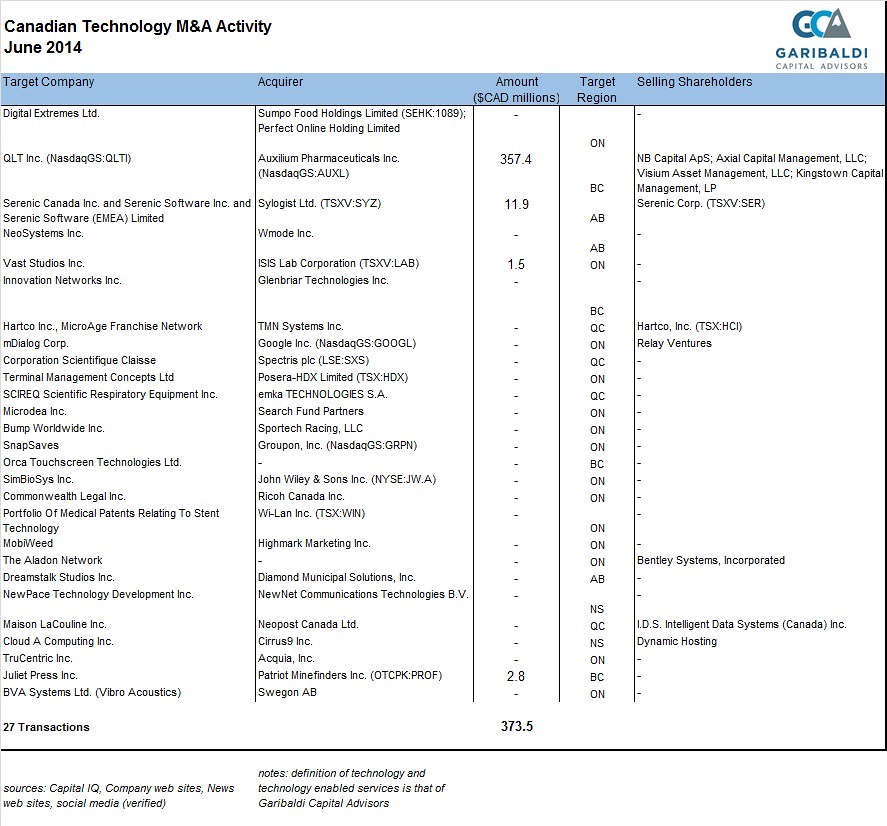 In terms of June financings, Canada had $118M invested over 24 transactions. 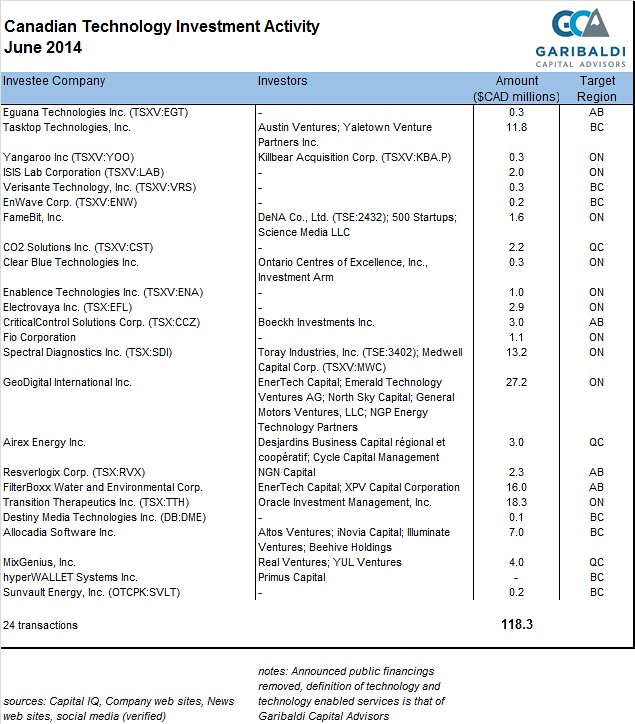 The largest being GeoDigital International Inc., leading provider of next generation 4D Geospatial imaging and business intelligence solutions, raising a total of $27 million from leading international investors. The equity funding was lead by EnerTech Capital Inc.

Finally, of note with a US VC lead, Tasktop of Vancouver raised $11.8 million, led by Austin Ventures and joined by Yaletown Venture Partners.

The financing number is likely higher based on the hyperWALLET transaction with Primus Capital, which did not have an announced value, but was significant.