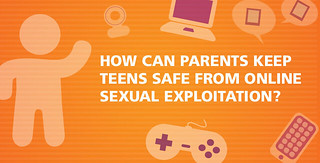 The Canadian Centre for Child Protection is warning parents about an increasing and serious trend involving Canadian youth being extorted for money.

In the last few weeks, the Canadian Centre’s Cybertip.ca has seen a concerning rise in teenagers reporting issues surrounding the sharing of sexual images/videos with adults posing as teenagers.

On platforms that allow users to communicate by video, offenders are secretly recording teenagers exposing themselves and then threatening to share the sexual content if they don’t pay money (often hundreds of dollars) to the individual.

In many incidents, youth are participating in this activity believing they are engaging with another young person. Connections first start out within social networking sites like Facebook and then progress to live video feeds like Skype where youth engage in sexual behaviours that are secretly recorded by offenders over webcam.

“Parents must have regular conversations with teens about the risks associated with engaging in sexual behaviour online and how videos and images can be used against them,” says Signy Arnason, Director of Cybertip.ca. “Live video streaming in combination with the sexual curiosity of youth makes them particularly vulnerable to being sextorted and coerced.”

The Canadian Centre for Child Protection is also strongly encouraging parents to take the time and learn more about ways to increase your teen’s safety online by visiting www.needhelpnow.ca. For other emerging issues facing young people, parents are also encouraged to sign up for Cybertip.ca Alerts.