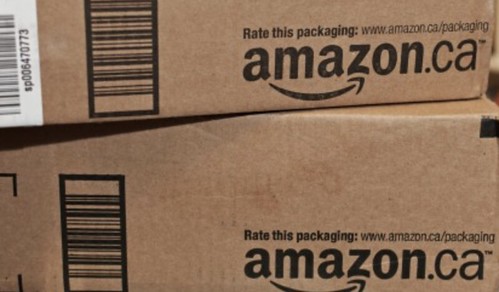 This year marked the busiest holiday ever for Amazon.ca, the company says, with a record number of packages shipped during the season.

Globally, this holiday was a record-breaker for the company’s premier service, Amazon Prime; more than three million members worldwide joined Prime during the third week of December alone.

“We are thankful to our customers for making the 2015 holiday season a record-breaker for Amazon.ca,” said Alexandre Gagnon, Country Manager for Amazon.ca. “From great deals to a variety of fast, convenient delivery options, we’re continuing to make it easier for customers to save time and money on their holiday shopping and all year long.”

Canada was one of 185 countries Amazon shipped to over the holidays. The last Prime Same-Day order on Amazon.ca delivered in time for Christmas was placed on December 24 at 4:35 p.m. and shipped to Surrey in British Columbia.

The company says that Amazon.ca customers purchased enough LEGO creative brick boxes to reach the top of the CN Tower 27 times and more pairs of jeans than there are cities, towns and villages in Canada.