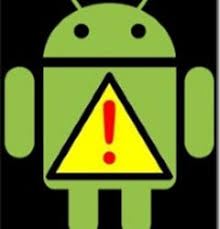 According to the U.S. computer security firm, McAfee, Android has seen a 76% jump in malware in the second quarter compared with the first. It is now the most-attacked mobile operating system, surpassing Nokia’s Symbian.

“This year we have seen record breaking numbers of malware, especially on mobile devices, where the uptick is in direct correlation to popularity,” said Vincent Weafer, McAfee Labs’ senior vice president. “Overall attacks are becoming more stealth and more sophisticated, suggesting that we could see attacks that remain unnoticed for longer periods of time. High-profile hacktivist groups have also changed the landscape by drawing a line between attacks for personal gain and attacks meant to send a message.”

McAfee attributes the rise in malware to the growth and popularity of Android, but according to Mike Temporale in a story on Mobile Jaw, it’s not the only reason. He writes, “Android is fairly weak in comparison to Apple’s iOS (Jailbroken devices aside) and Microsoft’s Windows Phone.”

Apple and Microsoft both have strict controls that prevent access to information saved in applications and that also prevent other background processes. This isn’t the case with Android.

“McAfee’s report clearly states that Android surpassed Symbian and Java ME to take over top place, indicating that popularity is not the deciding factor in creating malware,” wrote Temporale.

McAfee also reported that with around 12 million unique samples for the first half of 2011, 22 per cent up on last year, this has been the busiest first half-year in malware history.

And though spam is still at historic low levels, McAfee still expects to see a sharp rise in activity over the coming months. Spammers typically purchase bulk lists of emails in order to increase its audience and volume of spam. In the United States, 1 million emails can be purchased for $25; in England, 1.5 million emails are worth $100.