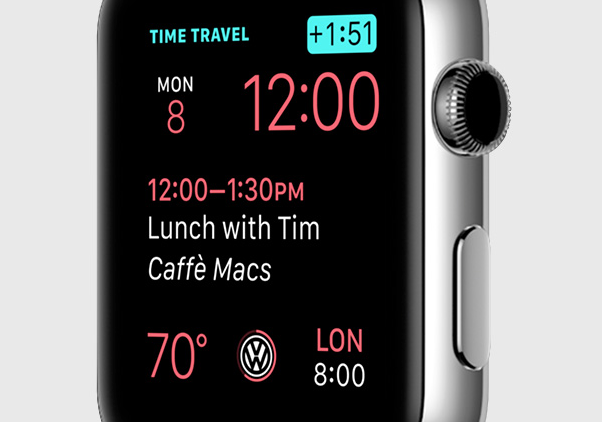 In terms of smartwatches specifically, Apple is already the world leader. But even across the broader wearable tech category, the Apple Watch is holding its own.

Total shipment volume for the quarter came to 18.1 million units, up 223.2% from the 5.6 million units shipped in the second quarter, says IDC.

“Anytime Apple enters a new market, not only does it draw attention to itself, but to the market as a whole,” noted Ramon Llamas, Research Manager for IDC’s Wearables team.

Llamas makes an excellent point. Many consumers outside the tech sphere hadn’t even heard of smartwatches before Apple launched theirs. Now it’s rapidly becoming a fully fledged product category.

“About two of every three smart wearables shipped this quarter was an Apple Watch,” said Jitesh Ubrani, Senior Research Aanalyst for IDC Mobile Device Trackers. “Apple has clearly garnered an impressive lead in this space and its dominance is expected to continue.”

In the short history of the wearable market, IDC has observed “a clear divide has formed between smart wearables and basic wearables,” or devices that do not run third-party applications, such as most fitness trackers. Price and functionality drive the gap, which IDC expects to widen over time.

Strategy Analytics estimates Apple sold four million watches during its first quarter. Though perhaps the important number isn’t how many watches Apple sold, but how many more it sold than anyone else. Strategy Analytics suggests that Apple already owns 75% of the global smartwatch market—and, in doing so, effectively quadrupled the size of an entire tech product category in just three months.