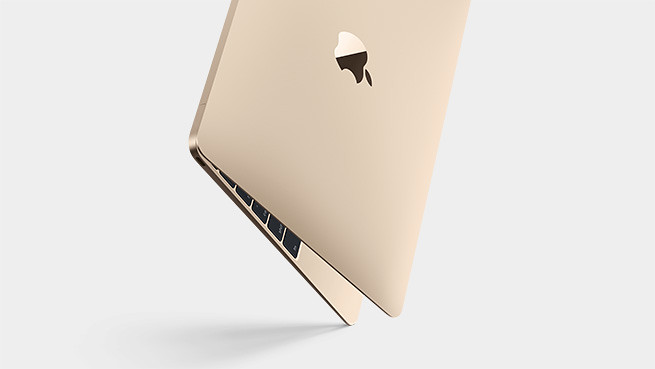 A new all-metal enclosure and a new keyboard with “butterfly mechanism” keys are part of a slew of reimagined technology to improve the MacBook. The butterfly keys are four times more stable yet 40% thinner than standard scissor mechanism keys, Apple says. The keyboard even features a new lighting system with individual lights per key.

The trackpad, now called “ForceTouch,” features new sensors and a Taptic engine, such as the Apple Watch features. Pressing harder is now a “Force click,” which seems to be the right right-click, but can also control things like fast-forwarding videos based on how much pressure your finger applies.

The new MacBook, which has a 67% smaller logic board, is also the first fanless Apple notebook. It is powered by an Intel Core M processor that runs on five watts.

The battery will last for nine hours of web browsing, according to Apple. The MacBook will now be available in three colours: silver, Space Gray, and gold.