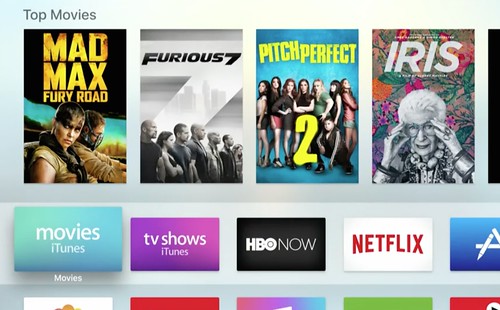 Today at an event in San Francisco, Apple revamped the Apple TV.

“The television experience has been virtually standing still, while innovation has been thriving in the mobile space,” said CEO Tim Cook on stage. “Today we are doing something about that.”

The OS features an app store, which includes games that can be played on the TV, says Apple. Features with Siri including finding exact episodes based on actors, skipping or rewinding specific minutes, and discovering new content through a variety of catgeories.

Siri can also answer questions while a show is playing, revealing answers at the bottom of the screen without disrupting the content—not just questions about the show, but also about the weather, sports, etc.

Based on iOS, Apple has launched tvOS, so developers can build apps for the TV. There are already apps for fitness, shopping, comics, music, games, and more.

Apple starts at $149. It ships in late October. TvOS is now available as a beta to developers.