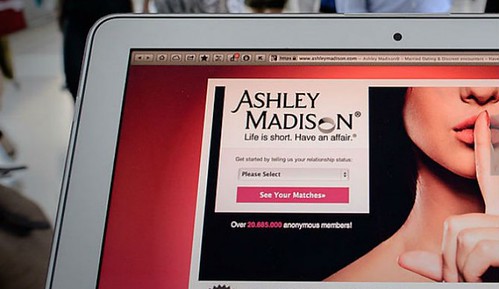 “We are growing,” the company said in a statement. (And we are growing tired of this whole thing, Ashley Madison! Not really, though. It’s been a fun ride. Keep it going.)

“This past week alone, hundreds of thousands of new users signed up for the Ashley Madison platform—including 87,596 women,” the company added. Perfect: now Ashley Madison has approximately 87,596 female users.

“Some journalists have turned the focus of the criminal act against Ashley Madison inside out, attacking us instead of the hackers,” the company continued. Caught us. But that’s when happens when your entire website is founded on tricking dudes into paying money to talk to robots.

Ashley Madison then goes on to cite some suspiciously specific statistics, like how “the ratio of male members who paid to communicate with women on our service versus the number of female members who actively used their account (female members are not required to pay to communicate with men on Ashley Madison) is 1.2 to 1.” So basically, when you stack up paying male users—the select few suckers sucked into the freemium trap—against literally every single female user, it still skews in favour of dudes? Yeah… that is not impressive.

That is not impressive at all, Ashley Madison.