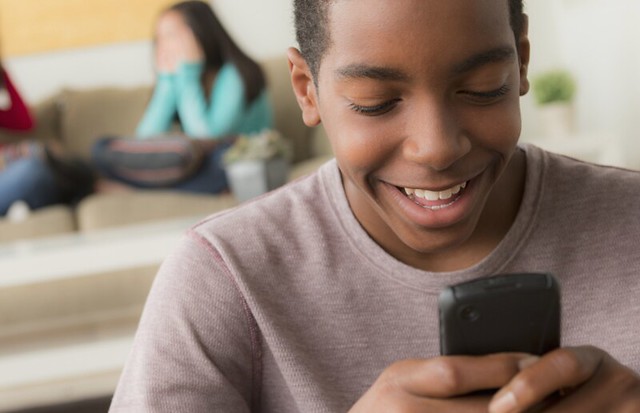 Parents in today’s technology-filled world want their children to have all the resources our digital era can offer, but wonder if giving them a smartphone too early could harm their development.

TeenSafe has issued guidelines parents can follow to “ensure their children get valued screen time to keep them savvy without hurting their development.”

“Our children are being raised as digital natives and we want them to thrive in this technological age,” said Rawdon Messenger, TeenSafe CEO. “We want them in-the-know when it comes to technology so they can be successful, well-rounded adults when they leave our home. At the same time, we must take responsibility in guiding them through the pre-teen to eighteen years and the struggles that come with being a teen today.”

TeenSafe says to stick with “the one-in-four rule” by allowing your child one more hour of access to media every four years:

The American Academy of Pediatrics advises against screen time for children under two years old because the brain develops better through unstructured playtime and human interaction. Regardless of any age, however, TeenSafe suggests keeping in mind that when children are using media, every 20 seconds, spend 20 seconds looking at something at least 20 feet away (known as the “20-20-20 rule.”)

So how should parents decide when it is right for their child to have a smartphone? Parents should ask themselves these questions to determine if their child needs a smartphone:

If a parent decides that their child is ready to have a smartphone, they must “keep the conversation going by staying in touch with their child’s online behaviour,” ensuring it is healthy, says TeenSafe.

Microsoft last year asked Canadians: how old should someone be when they get their first smartphone? Answered varied widely, naturally, but the average age suggested was 15—although, anecdotally, most teens score their first device at least a year or two earlier than that.

Some experts point out smartphones can increase the safety of kids, offering access to 911, for example, as well as GPS location-tracking.