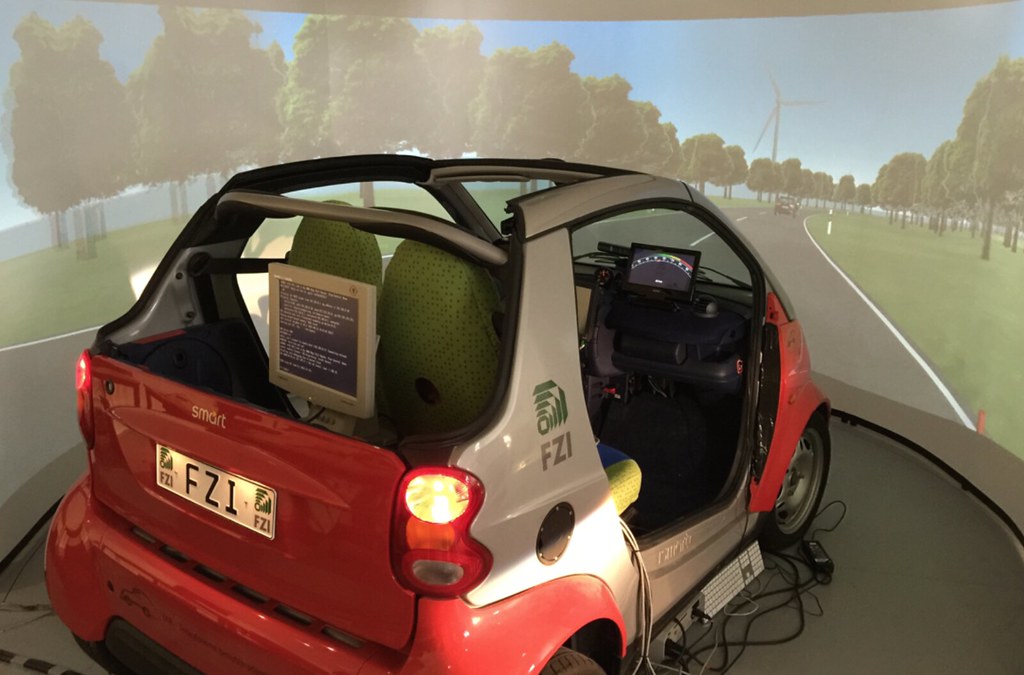 Autonomous driving is certainly real; Google and now several others around the world have proven that cars can indeed drive themselves. Long distances? Check. In bustling city streets? Check.

But it’s going to be a long time before autonomous cars take over the streets. First of all, they’re still far more expensive than a regular car. The technology remains bleeding-edge. Then there’s all the logistics: regulations on municipal, provincial, and national levels. What about insurance? What about, well, everything?

Long before the world’s roads are filled with self-driving vehicles, here’s what we can expect to ease the transition.

Parking lots are an excellent place to start and likely the first area to fuly take advantage of autonomous vehicles. A parking lot designed exclusively for self-driving cars would be an extremely efficient one, says Thomas Schamm of German-based research institution FZI Labs. According to Schamm, not only would it ensure every spot is appropriately filled, but without humans needing to open doors, or being imperfect parkers, individual lots could be smaller and lanes could be more narrow. This means that a parking lot built for autonomous cars could have space for up to 30% more vehicles than today’s parking lots—and drivers, who would exit before entering the parking lot, could avoid the frustrations of parking and get inside the venue that much sooner.

Schamm suggests the technology to accomplish this already exists. Now it’s about building the lots and seeing enough adoption of self-driving cars to turn, say, a single level of a three-storey parking garage into one equipped solely for autonomous vehicles. He also hints at an even smarter garage, where electric vehicles are able to plug themselves into chargers, then move to non-charging stations so another, half-charged vehicle can take its place. By the time a sports game at the arena is done, for example, every self-driving car in the lot is fully charged.

In the meantime, however, parking lots are still getting smarter for regular cars, too. MSR Traffic in Germany retrofits existing parking lots with wireless magnetic field sensor technology to optimize space management, showing exactly how full a lot is at any given time and directing drivers to available spaces.

By now, most everyone is familiar with carsharing services, such as Car2Go, Zipcar, and Modo. It’s estimated that there are nearly three million members across more than 30 countries sharing over 40,000 vehicles. Most of these cars are small and electric—but extremely few are autonomous. And that won’t change anytime soon. But self-driving cars could dramatically improve the efficiency of the carsharing business, suggest the folks at Stuttgart’s city hall.

The sixth-largest city in Germany, which is pushing the boundaries of intelligent mobility design in Europe, believes that partially self-driving shared cars open up a new world of efficiency. The best example: you need a car soon, but you’re nowhere near a carsharing hotspot. You open an app to request one. The app locates you, estimates a driving time, and says one will arrive in 15 minutes. A car drives itself from a hotspot to your door. And you can leave it anywhere when you’re done, because it can drive itself back to a hotspot or to its next driver.

This technology vastly widens the net of any carsharing service without needing to tackle the regulatory and insurance issues of actual humans inside autonomous vehicles, which would of course be a logisitical nightmare for carsharing companies at this stage of the game.

Like I said, it’s going to be a long time before autonomous cars take over the streets. We’re still in the experimental stages. It’s an exciting time, but it’s also just fantasy. Overnight, the roads will not be flooded with self-driving vehicles; it will happen in stages, starting with small, simple things like better parking.

For now, let’s all enjoy the thrill of driving our own cars.