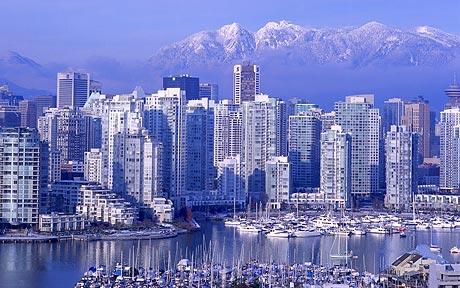 As Vancouver Pixel Crafters‘ Mack Flavelle puts it, “the tech scene in Vancouver is alive and thriving. There’s many players all putting in work to build an ecosystem. For a new comer it can be overwhelming. It’s alphabet soup worse than American Homeland Security, trying to figure out all the acronyms, what organizations they represent, and what those organizations stand for.”

The BC Innovation Council is hosting an event on Friday, March 15 to sort it out.

A Dialogue: Building and Sustaining BC’s Technology Ecosystem is meant to be an opportunity for tech companies to be heard by key decision makers including community builders, CEOs, venture capitalists and members of BC Government.

The event includes two panels and a keynote.

• Successful Ventures: Building and Growing Business in BC will be moderated by Jonathan Rhone of Axine Water Technologies and include paneliest Alexander Fernandes of Avigilon, Marija Radulovic-Nastic of Electronic Arts, and Jason Krause of Sierra Wireless. Each company will share their story about building and growing a successful business in BC. What keeps them here? What resources helped them along the way? What obstacles did they face and how did they overcome them?

• Community Builders: Building the Ecosystem for Growth in BC will be moderated by ex-BCTIA CEO Pascal Spothelfer with panelists Bill Tam of the BCTIA, Brad Lowe of Wavefront, Paul Lee of DigiBC, and Jeff Keen of Accelerate Okanagan. Each panelist will speak briefly about what they are doing (programs/services) to build BC’s tech community and contribute to our landscape through jobs, revenue and more. The panel will then provide their rich perspective on how we can grow even faster in the  decade to come, building an ecosystem to grow companies within BC.

The spotlight for the afternoon keynote will be on Serial Entrpreneur and Investor Yen Lee. “Our time to shine: The big opportunity for BC” will offer Lee’s unique perspective on the challenges and opportunities facing the BC technology sector.

And Lee won’t be pulling any punches. He knows there is work to be done.

“Canadians in general are looking for safe day jobs. Vancouver and Canada in general have not had the history of the home runs, like the Googles and the Yahoos and the Facebooks,” he said recently. “And so, because they don’t see the upside, all they see is the risk involved with a startup—because startups in Canada are sub-scale and don’t end up being big enough to exit.”

BCIC is using the hashtag #DialogueBC to get the conversation going now on Twitter. Weigh in with your thoughts and what you would like to see next week now. Register online to attend.