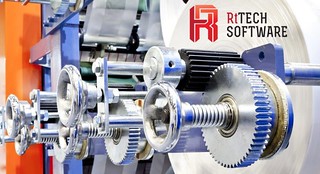 Moncton’s RtTech Software has been recognized by the Canadian Venture Capital & Private Equity Association (CVCA) as the BDC Innovation Award winner for 2015.

The award recognizes an early-stage Canadian company that has demonstrated the ability to bring innovation to market, while reshaping a sector or industry in new and unexpected ways.

RtTech’s solutions help manufacturing companies improve asset availability and utilization. According to Cisco, the market opportunity for industrial asset utilization is $2.1 trillion. RtTech is positioned to take advantage of this soaring market.

RtTech is also one of the first Canadian companies to offer cloud-based products such as RtDuet Cloud to embrace the next technology revolution – the Industrial Internet of Things (IIoT). RtTech’s Cloud and traditional on-premise software products enable industrial facilities, regardless of size, to connect machines to the enterprise and ultimately the Internet in an effort to eliminate unplanned downtime and improve productivity.

Canadian venture capital firm McRock Capital led a $3 million Series A financing to invest in RtTech Software because of its strength in analytic apps for IIoT.

RtTech has deployed software in over 55 industrial sites with 24 blue chip customers in 14 different countries. Its clients include BHP Billiton, Cargill, Michelin and Barrick Gold.

The Business Development Bank of Canada this morning launched the BDC Innovation Award.

Launched in partnership with Canada’s Venture Capital & Private Equity Association, this new award will recognize “an early-stage Canadian company that has demonstrated the ability to bring innovation to market, reshaping a sector or industry in a new or unexpected way.”

“Canada’s entrepreneurs are the driving forces behind new businesses that can bring new ideas to market in our country,” said the Honourable Maxime Bernier, Minister of State (Small Business and Tourism) (Agriculture).  “This award, created as a result of Economic Action Plan 2013, is one way we can recognize their efforts, while also encouraging the next generation of entrepreneurs to keep thinking outside the box.”

Innovation is crucial to success: almost three out of four small and medium enterprises in Canada that invest in innovation realize both a rise in sales and market share, according to a recent report by Industry Canada. According to BDC, “innovation fuels our economic future and ensures Canadian entrepreneurs remain at the forefront of a constantly changing and increasingly competitive global market.”

“We are delighted to be partnering with BDC to present this award,” said Peter van der Velden, President of the CVCA and Managing General Partner of Lumira Capital. “In an increasingly competitive and challenging world, innovation is an essential ingredient to any entrepreneur’s success. Recognizing these individuals for their contributions along that journey is essential.”

Nominations for this inaugural edition of the award are open until April 4, 2014 and the winning startup will be honoured at the 2014 CVCA Annual Conference in Ottawa from May 20 to 22, 2014.