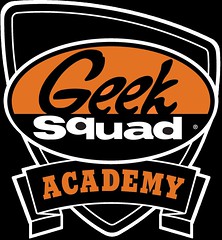 Best Buy is proud to announce the official launch of Geek Squad Academy in Canada. Introduced as part of Best Buy Canada’s community investment pillar, the success of Geek Squad Academy is in its partnerships with local non-profit organizations and schools to teach youth aged 10-14 years about the latest technology in a fun, interactive environment.

“We’re thrilled to bring Geek Squad Academy to Canada as part of our community investment expansion into STEM,” says Karen Arsenault, Community Relations Manager, Best Buy Canada. “Technology is an area of expertise that’s coveted among Canadian employers, with about 70 per cent of Canada’s top jobs requiring tech-based skills. This number will undoubtedly grow and we are proud to help set up students for success by offering them the opportunity to explore careers in technology starting from a young age.”