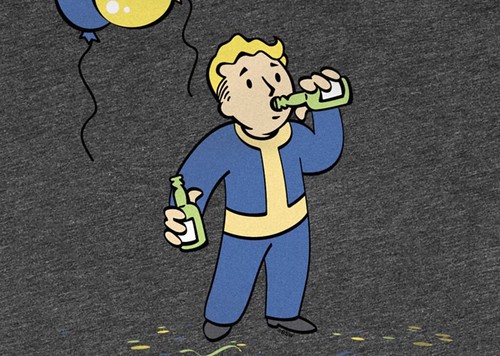 In a move reminiscent of the Brotherhood’s desire to secure all the world’s tech for the righteous growth of humankind, Bethesda Game Studios announced today that they’ve opened a new division of their studio in Montreal.

Making the French-Canadian locale it’s first above the 49th parallel. And the first international studio with the Beth title.

Maybe the food wasn’t good enough for some of their team from Maryland, where the studio has been headquarted since it’s inception. But now,  as a subsidiary of Zenimax, Bethesda has just released a viable Game Of the Year contender in Fallout 4, and after the successful (and surprising) launch of Fallout Shelter on mobile, have expressed interest in further pursuing development for the mobile environment. The purpose of such an expansion is clear in the press release; to “expand its [Bethesda] development capabilities in console, PC, and mobile gaming.”

“We’ve worked with some very talented developers in Montreal for a long time, and decided it was time to open a studio there,” said Todd Howard, Game Director and Executive Producer at Bethesda Game Studios. “It’s exciting to think about the new games we’ll be building together.”

The new studio is already underway with a solid team of forty, and is being headed by the former COO of Behavior Interactive. Which, as of this point, still seems to exist. There was no word on where these employees came from, or whether Bethesda simply bought an already established studio and just rewrote the name on the front door (best imagined in crayon with half the letters backwards for optimal amusement.) But one thing is clear, they’re ready.

“Our collaboration with Bethesda Game Studios has been an exhilarating and memorable journey already,” said Lachance. “We are thrilled to be launching the studio in Montreal and contributing our city’s great game-making talent to the kind of games that Bethesda Game Studios is known for.”

We await further announcements as to what the newly minted Maplethesda (I just came up with that) will be working on. Until then, we can only speculate that Fallout 5 will take place in the Great White North.

With heavy-weight names like Electronic Arts (x2), Ubisoft (x2), Gameloft, Square Enix, and Eidos, Montreal (or the province of Quebec) is not a town to be messed with. It could possibly be the most diverse, and talented city in game development in Canada today. With cities like Vancouver, and Toronto moving into more of an independent atmosphere, Montreal is the place to be for anyone with a name well-known. So congrats to Bethesda on the new space. Let’s hope this is the start of more big studios moving north. I know a few good open office spaces here in Vancouver. Give me a call Riot!

Bethesda Game Studios is currently hiring for both its Maryland and Montreal locations.