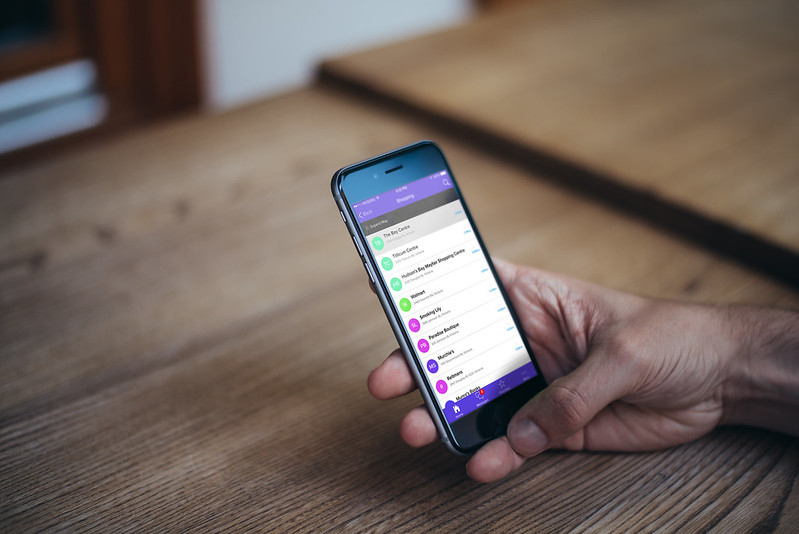 Now that it’s 2015, it’s time to look back on the most significant app trends of last year.

Apps have entrenched themselves into our daily lives, across work, home, and play.

Breaking into new markets, winning big investments, and hitting the headlines with controversial security questions, here were the top 10 app trends of 2014.

Businesses this year are fully embracing the use of apps to streamline their workflows and mobilize their employees across their tablets, smart phones, and growing stables of Internet of Things (IoT) devices.

Externally, many companies are wisely taking a page out of the Salesforce playbook and are starting to leverage their partners and burgeoning app ecosystems. This has allowed them to create new value and seamlessly integrate partnerships into their daily business.

Internally, IT departments from organizations of all types have begun focusing on how to deliver new value, ease of use, and accessibility for their services. From audits and reporting to health and safety checks, there has been an explosion of apps that are being made available to workers to help them accomplish their tasks.

The debate is no longer whether to offer apps and cloud services to employees, but where to host them and on what devices. 2015 will undoubtedly see further consumerization of enterprise app ecosystems and the marketplaces that facilitate them.

At CES, many automotive OEMs boasted their connected car programs. The Linux Foundation delivered the first release of Auto Grade Linux, which included apps from AppCarousel, Google Maps, and smart device link integration. Android Auto and CarPlay announced partnerships and have begun finding their way into vehicles through tier one suppliers such as Pioneer. Even older vehicles are finding their way into the connected car world as adapters from the likes of Mojio and Navdy have begun campaigns to retrofit them with smart era features.

While many anticipated that 2014 would be the year that Connected Car would take off, much like the auto industry itself, consumer uptake has been slow. However, much of this is due to the lead times required for many of the announced innovations to reach market. The Connected Car remains a hot topic in the app development community as new platforms and features begin to roll out to drivers globally in 2015.

3. Taking education to the next level

School systems are finally in a prime position to leverage educational apps in the classroom.

The depth and dynamic nature of apps is a game changer inside and outside classes with interactive lessons and homework sessions available for students. Companies like Amplify Education are already making huge waves for students across America. Focusing on a complete digital learning solution including tablets in the classroom, Amplify will enable teachers to actively engage every student while still providing personalized instructions.

The wearable device market value looks to soar from $2.5 to $5.2 billion this year, and is forecasted to swell up to $12 billion by 2018. This speaks volumes to the proliferation of wearable devices that many predict will occur.

While predominantly fitness focused, wearables are now expanding into more diverse markets with the use of apps to drive the usability and unique use cases. From niche wearables like the Neatmo June that monitors your UV exposure with a variety of weather and UV monitoring apps, to the recently announced Apple Watch and Google Wear that both promise a vast array of app support, 2014 only signalled the start in apps for wearables taking on new markets.

The growing popularity of apps across our connected devices has also led to growing concerns of privacy for consumers and enterprises alike. This year saw a number of high profile hackings, including nearly 7 million Dropbox accounts with user emails and passwords, as well as 100,000 private photos from users through SnapChat. Even Uber’s liberal privacy policy came under fire, despite having relatively common practices and user permissions. These incidents highlighted the discussion of app security and privacy at a time when user data is just as valuable, if not more so, than monetary value.

Brick and mortar stores today are challenged with connecting to new customers, re-engaging previous ones, and making the shopping experience simpler, faster, and more intuitive. Retail apps surged in 2014, with companies like Starbucks and Pink Nation (Victoria Secret) implementing a variety of In-Store and Out of Store benefits. These included elements of gamification for coupons and discounts, as well as mobile payments and loyalty programs that have defined retail apps as a real differentiator rather than an afterthought.

With Apple Pay making payment a touch away, apps in retail signify a dramatic change in focus from e-commerce to m-commerce.

7. Mobile OS continues to be a two-horse race

This year, a number of mobile OS players hit the ground running and stumbled in the battle against iOS and Android.

Firefox OS made little headway into emerging markets and continues to face the pressures of steep competition at the low-end. The Tizen Foundation smartly shifted its focus to become the operating system for the IoT market completely removing itself from the race. Other notable mentions are Amazon’s spectacular failure with their Android based Fire OS and Ubuntu’s unusual “smartphone that’s a full PC” OS messaging that fell on deaf ears.

IoT devices and appliances are only now starting to emerge from their infancy but the issue of device and ecosystem interoperability has become a central concern.

Samsung acquired connected home hub manufacturer SmartThings, enabling control of Samsungs connected appliances as well 7400 other device types. Bosch and Siemens on the other hand, announced in April that they are launching the Home Connect app that promises that users will be able to control all their connected devices from one hub; refining the operation and usability of all their appliances.

As IoT devices further mature, 2015 will see optimization become a main focus with companies like Axeda, wot.io, and cloud service brokers looking to scale and overcome the complexity of multi connected devices and ecosystems.

9. Apps find their footing on TV

Although apps have been on smart TV’s for some time, there performance and presentation has been terrible or lacklustre at best.

This year had apps find there foothold not on the TV unit itself, but the variety of devices that connect to it. Next-gen consoles like the Wii U enabled gamers to interact with YouTube and Netflix apps right from the tablet controller, while PS4 and Xbox One integrated twitch into gamers play sessions allowing them to produce their own content for the world to see. This is only the start, as all three console manufacturers have announced more apps to come in the New Year.

Smart dongles from Google, Amazon, Roku, and numerous other companies also saw a huge rise in popularity this year. The creative workaround of relegating TVs to dummy receivers for our more powerful personal connected devices enabled users to enjoy a high quality app experience on the big screen but with the intuitive control of smart devices.

10. Voice becomes an intuitive way to control our apps

With an uncanny resemblance to HAL 9000, voice controlled services like Apple’s Siri and Microsoft’s Cortana have opened the door to this imaginative human machine interaction in our devices.

This year, apps began not only leveraging this technology to enable control but also to intuitively learn from the user. Google Now, an app that allows you to access your Google services, also grows with you and your provided data and information updating you on such things as traffic updates for the commute home or reminders for events based on GPS location and time of day. Amazon Echo, a cloud-connected wireless speaker, acts as a home assistant allowing you to call on it for music, weather updates, and reminders from anywhere in your house.

As IoT devices further evolve in 2015, we will see new integrations into infotainment units of vehicles where driving and safety are paramount.