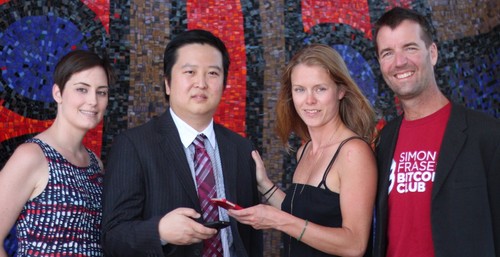 A Canadian university has decided to accept bitcoins as currency for textbooks.

Embracing the digital currency is Simon Fraser University in Vancouver, which announced last week that the bookstore will accept bitcoins for purchases of textbooks and other small purchases. It is the first Canadian post-secondary school to accept donations in Bitcoin, a digital currency that can be exchanged electronically.

SFU is planning a conference later this year with a strong focus on digital currency.

Despite the school’s forward-thinking approach regarding textbooks, SFU does not currently have any plans to accept bitcoins for tuition payment.