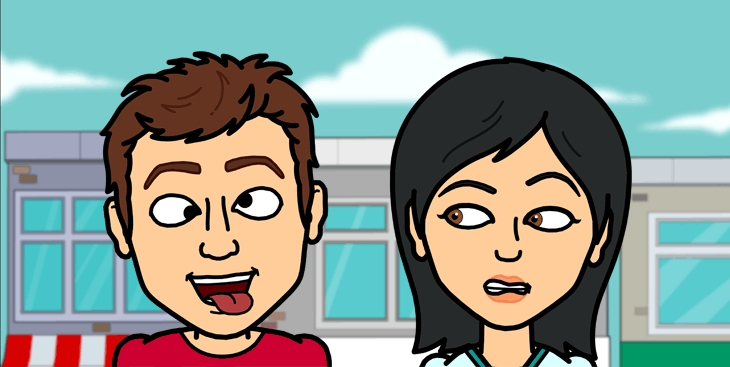 A number of Facebook fads have come and gone over the years, and now there is a new kid on the block. With Bitstrips, people now have a new way to express their feelings creatively using social media. If you’ve never heard of Bitstrips, just scroll down your Facebook feed and you will no doubt find some personalized cartoon with characters looking just like your friends and family, most probably in some kind of humorous situation.

Bitstrips claims to be “the most customizable avatar-creation tool on the Web.” The app enables users to create personalized comic strips of themselves and their buddies. It features more than 1,000 templates and gives users the ability to create comics about whatever is going on in their lives or on their minds.

It’s hard to describe Bitstrips. The CEO calls it “an app that enables you to turn your family and friends into a cast of cartoon characters, which you then place in crazy scenes, relating to their lives and caption these scenes.” While some would classify it as a game, it may be more precise to describe Bitstrips as a creative way to interact.

First conceived by Jacob Blackstock to provide a way for the rest of the world to share in his childhood passion for comic books, this app has already made its way to the number one spot (Facebook is number nine) in the free app category of Google play, as well as other app stores, boasting over 10 million users.

So how did this app grow from an average of thre million users in July, to over 10 million seven months later, without any capital, virtually no advertising and zero outside help?

Credit goes to the perfect blend of professionally created templates with amateur cartoonist aspirations. This blend amounts to a digital, tailor-made version of Herbert or Andy Capp cartoons, with broader appeal. The fact that the comics beg to be posted on your friends pages has fueled the app’s growth.

Rather than just posting the same messages as everyone else, Bitstrips has provided people with a new and creative way to express themselves. This app has enabled the creation of a visual element that has so far been missing in online communication.

The developers of Bitstrips are now exploring such concepts as adding premium features such as clothing as well as content, and are looking to go into advertising.

There is also the possibility of bringing the characters to life in the form of plush toys. This is made possible as Bitstrips retains the rights to all comics created on their platform. The next brand of superheroes could be your friends and family.

Bitstrips are a fun, creative way for people to communicate and share their feelings with their friends and family. It gives designers a chance to put their own life into cartoon form–something that, until recently, only the very artistically talented were able to do. A lot of people have a creative side to them, but never get to use it in their daily life. This unique selling point is the main appeal of Bitstrips and is one of the reasons why they have exploded in popularity.

Fueled is a leading iPhone app builder in New York City, renowned for its mobile design and strategy.