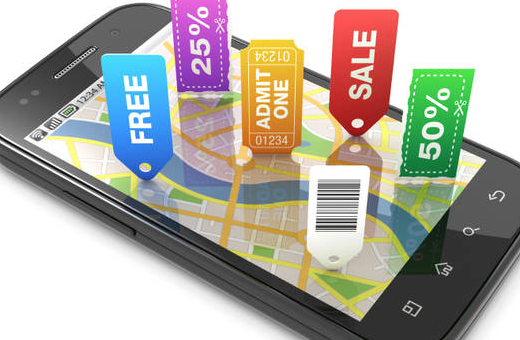 Forget the Eaton Centre or Metropolis—mobile is the new retail mecca.

If Paypal’s Black Friday and Cyber Monday results, hot off the data engines, are anything to go by, mobile commerce has arrived. Cyber Monday figures from the online payment portal reveal that mobile shopping habits are skyrocketing, with a whooping 53% increase in the amount of money spent globally via mobile shopping through PayPal, compared to Cyber Monday 2013.

There was also a 46% increase in the number of people who shopped on their mobile with PayPal.

Fashion was the top mobile shopping category, driving twice as much mobile traffic as the next category, electronics.

Black Friday data also saw a jump in people shopping from their mobile devices compared to last year. On Friday, PayPal recorded a 62% increase in the amount of money spent, compared to the same time on Black Friday 2013.

There was a 51% increase in the number of global customers shopping through PayPal mobile, compared to Black Friday 2013.

Again, fashion was the top mobile shopping category for PayPal on Black Friday 2014, driving more than twice as many sales as the next category, electronics.

Consumers transition from the streets to tech devices has left retailers reporting a “disappointing” weekend. The U.S. National Retail Federation estimated total spending for the weekend was down 11 per cent to $50.9 billion US from an $57.4 billion last year.

Black Friday weekend sales in Canada were not recorded by either the Retail Council of Canada or Statistics Canada.

Meredith Vlitas, Senior Marketing Director at the Eaton Centre, told the Toronto Star about 1,900 fewer people visited Toronto’s largest mall this Black Friday than last Black Friday, despite projections that they would surpass the 270,401 customers who shopped in 2013.

According to PayPal, the weekend shopping data follows a strong week of shopping online, which saw its first spike as early as November 21.

“Though deals abound on Cyber Monday, retailers have been offering discounts much earlier; PayPal saw a distinct uptick in shopping as early as a week before Black Friday,” says Kerry Reynolds, Head of Consumer Marketing at PayPal Canada.

“As of 3pm ET on Cyber Monday, global mobile payment volume (mTPV) has increased 39% compared to the same time period on Cyber Monday 2013,” Reynolds added. Globally, $1 in every $6 of commerce flows through PayPal, placing the company in a unique position to share online and mobile shopping insights from shopping.