The annual Branham300, which lists the top Canadian information and communication technology firms, shows Waterloo-based smartphone maker as number one for 2013, where it has been for five years.

But plunging revenue and a shrinking market cap are apt to push the diminished company to second this year. BlackBerry’s 2013 revenue was just shy of $12 billion, but it dropped 40% year-over-year. Meanwhile, CGI Group pumped revenue up 111% to more than $10 billion, closing the gap. 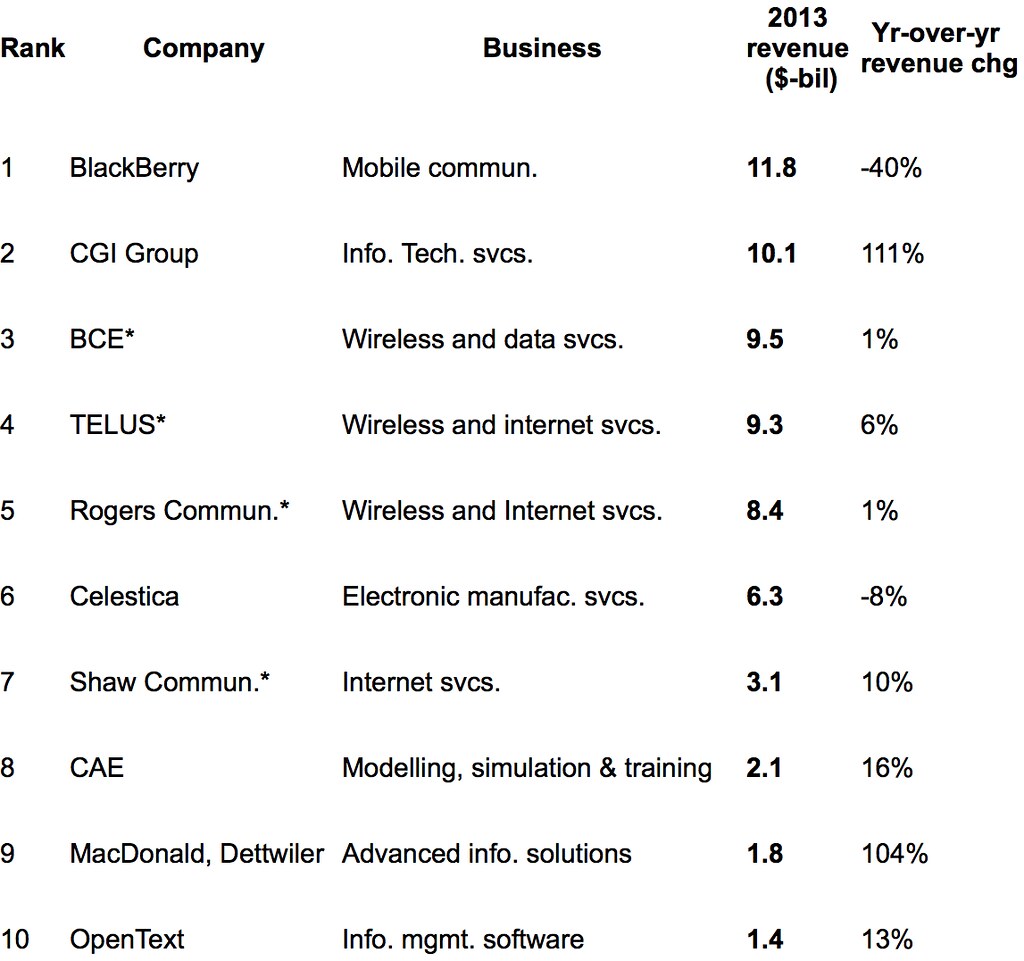 And we since we already know BlackBerry’s 2014 results—less than $7 billion—it’s safe to say the company won’t just be pushed out of first, it will drop out of the top five. Telecommunications giants BCE, Telus, and Rogers round out the top five with 9.5 billion, 9.3 billion, and 8.4 billion in revenue (including their wireless and internet business only).

Overall the top 250 ICT companies had combined revenues of $85 billion. Despite BlackBerry’s fall, that’s still up 2.4% over 2012.