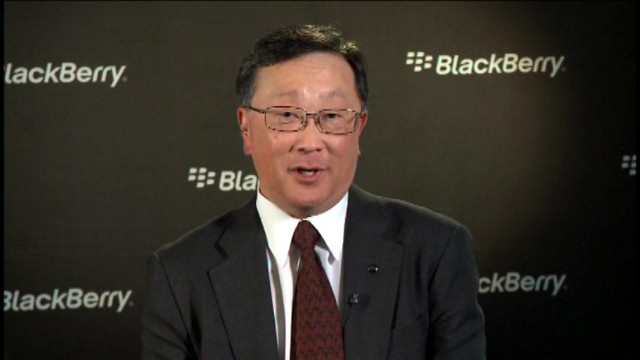 The chief executive officer of BlackBerry was embarrassed by his wife when, at a social function, she whipped out her Samsung smartphone.

John Chen told the Financial Times, “when my wife brought out the Samsung [at parties], everyone kind of looked at me funny.” The CEO told her it was “embarrassing,” as Samsung makes devices that directly compete with BlackBerrys.

Chen’s wife was hesitant at first—”‘I like my Samsung,'” Chen quotes her as saying—but says she now uses and loves her BlackBerry.

Under Chen’s reins, BlackBerry is hoping to not just survive, but return to a state of profitability and even start growing again. It’s been slow progress, but the company is being steered in the right direction by Chen, analysts say.

Last week BlackBerry was named Canada’s most innovative company for the second year in a row. Shares in the Waterloo-based smartphone maker are up 27% in the last month.