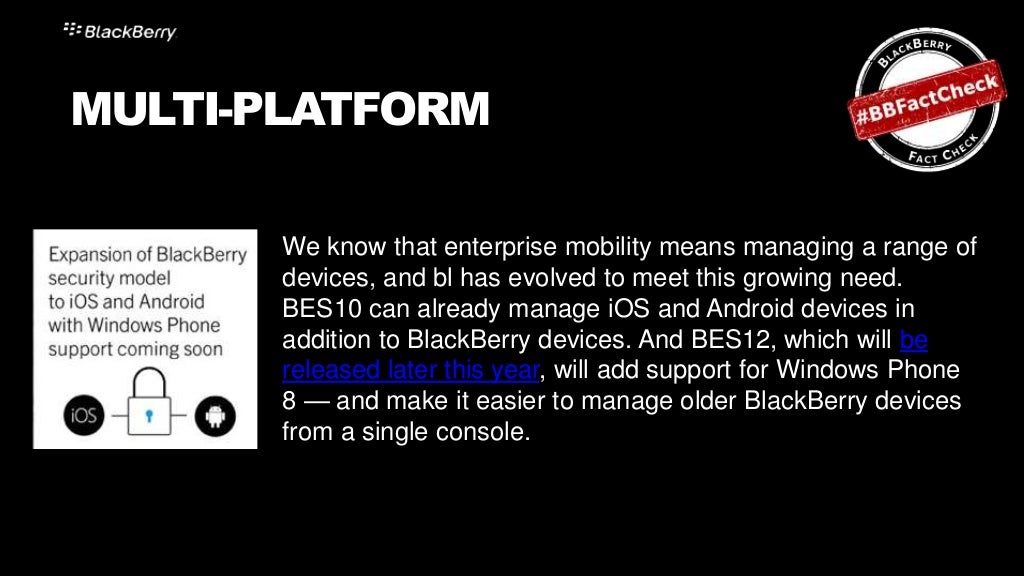 There have been “many vocal voices from competitors trying to incite fear, uncertainty and doubt about BlackBerry,” according to the company itself, which has prompted the Canadian smartphone maker to launch what it calls the “Fact Check Portal.”

BlackBerry describes the portal as “a place for us to hold our competitors accountable for what they say when what they say is wrong.” The Waterloo-based tech giant says it will “provide evidence that BlackBerry continues to be a leader in mobile, and we’ll expose ‘smoke and mirrors’ marketing tactics by competitors.”