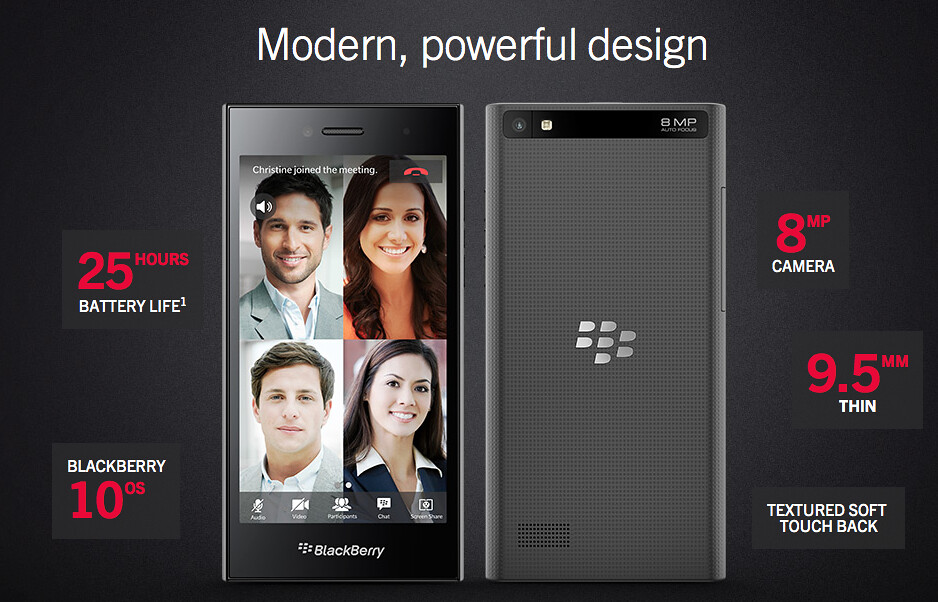 The BlackBerry Leap is an midrange, all-touch smartphone “built for career builders and companies who value security and privacy when pushing their productivity to the next level.”

BlackBerry Leap includes an edge-to-edge, five-inch HD display and “more than a full day’s battery power,” according to the Canadian company.

“BlackBerry Leap was built specifically for mobile professionals who see their smartphone device as a powerful and durable productivity tool that also safeguards sensitive communications at all times,” said Ron Louks, President, Devices and Emerging Solutions for BlackBerry.

BlackBerry suggests Leap can handle up to 25 hours of “heavy use” with its 2800 mAh battery. It does not feature a physical keyboard. The Leap has 16GB of storage and an 8MP camera.

It’s expected to retail for around $300 in Canada.