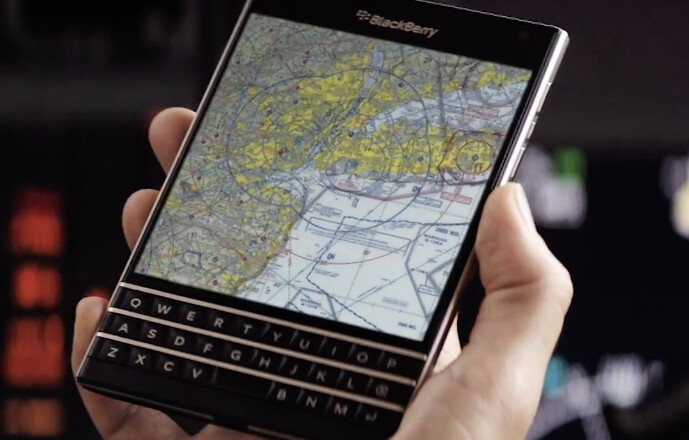 BlackBerry today launched the BlackBerry Passport. Featuring a 4.5-inch, square touchscreen and new touch-enabled keyboard, the BlackBerry Passport is a device for that empowers professionals “with the mobile tools they need to get things done, without sacrificing style or portability,” according to the Waterloo-based smartphone maker.

Built from Corning Gorilla Glass 3 and forged stainless steel, the Canadian company’s new flagship device includes the industry’s first touch-enabled keyboard with gestures that make typing, editing and navigating more efficient and accurate. The 1:1 aspect ratio of the display is also a first among today’s generation of smartphones.

“As we set out to design BlackBerry Passport, we were guided by a simple yet challenging idea: to set aside the limitations of traditional design and to instead simply build a device that fundamentally changes the way business professionals get work done on their smartphone,” said John Chen, Executive Chairman and CEO at BlackBerry.”

The BlackBerry Passport was created to drive productivity and to break through the sea of rectangular-screen, all-touch devices,” he added.

The BlackBerry Passport comes preloaded with the new BlackBerry 10.3 operating system, including new features such as BlackBerry Assistant, BlackBerry Blend and Amazon Appstore. The phone’s 3450 mAh battery is the largest among the top selling smartphones and phablets and provides “up to 30 hours of mixed use,” according to BlackBerry.

The BlackBerry Passport is now available through local carriers around the world and online.