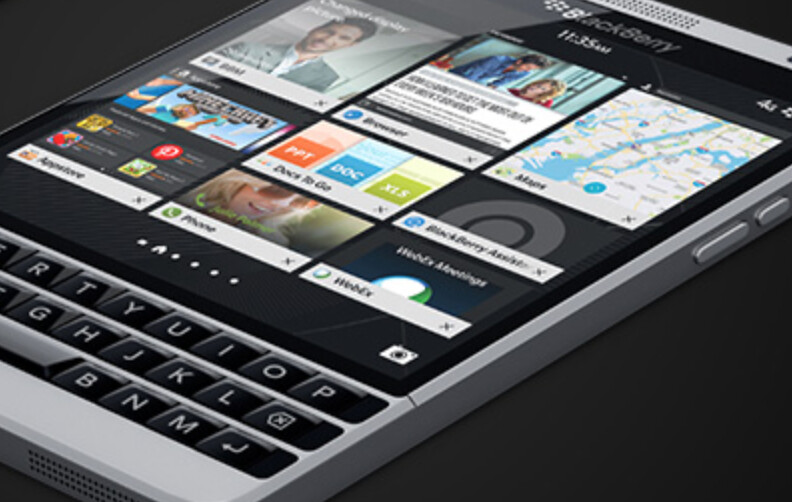 The new device features a 4.5-inch square screen with a high-res display, a physical keyboard, and a large battery offering up to 30 hours of mixed use.

“We strive to deliver products that combine cutting-edge technology with purposeful, globally recognized design, and the BlackBerry Passport Silver Edition is the latest manifestation of this vision,” said Scott Wenger, Global Head of Design at BlackBerry. “It brings together BlackBerry’s latest OS platform, enhanced productivity features, and a refined industrial design based on customer and user feedback to deliver an unmatched experience for professionals who value precision and focus.”

The Passport Silver will start at $650. The launch of the device comes at a time when BlackBerry is looking to make fewer smartphones.

We’ve been documenting BlackBerry’s gradual shift from hardware to software for well over a year now. As sales of actual BlackBerrys have continued to slide, the company’s enterprise-oriented security products have fared well, slowly becoming a larger component of the struggling company’s sales and overall value.

But hardware sales still account for nearly half of Blackberry’s revenue, despite a global marketshare of less than 1%. And axing hardware departments would likely see BlackBerry lay off even more employees—something which it has been doing consistently for close to four years now. BlackBerry currently employees fewer than one-third of the 20,000-plus workers it had on staff during in 2011.