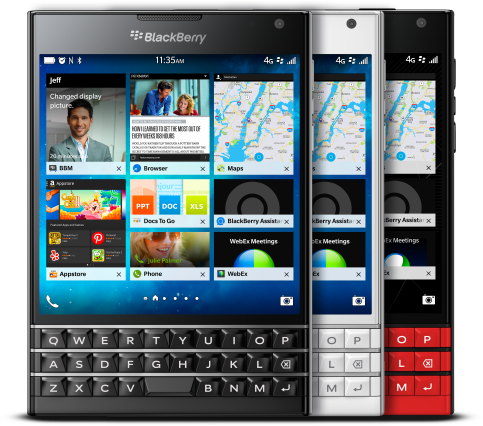 BlackBerry is offering iPhone owners up to $600 to “trade up” their Apple smartphone for a Passport.

The program, which starts December 1, offers up to $400 trade-in value plus up to $200 top-up value, depending on the model of iPhone.

The Passport, which is BlackBerry’s newest flagship smartphone, now comes in red and white editions.

“We are thrilled with the positive reception the BlackBerry Passport has received since we launched in September,” said BlackBerry  CEO John Chen. “The introduction of the red and the white BlackBerry Passport colours underscores our commitment to break through the sea of rectangular-screen, all-touch devices, offering different styles that meet mobile professionals’ personalities.”