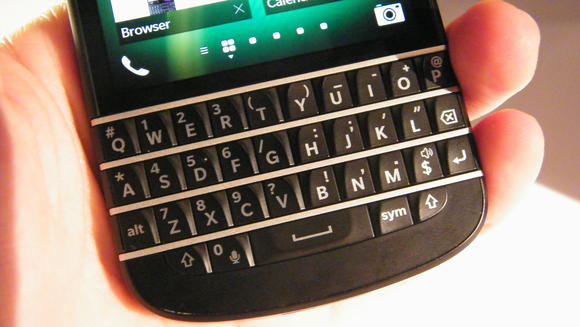 The Q10 is selling well in both Canada and Britain, industry analyst Peter Misek said today.

Freshly launched, the Q10 is BlackBerry’s latest smartphone. With a full physical keyboard, it’s the next generation of the Bold series, BlackBerry’s iconic lineup of high-end QWERTY devices. With all high-end smartphones sporting full touchscreens these days, the Q10 quite literally has no competition, which could be a driving force behind its reportedly strong sales.

“Our checks indicate broad sell-outs with generally limited stock otherwise,” the Jefferies analyst said in a note to clients this morning. “Based on our store checks, the BlackBerry Q10 has been selling extremely well and has been sold out or seeing limited availability in Toronto and across the UK.”

Misek’s findings were based on checks with top mobile carriers and retailers in both countries including Rogers and Telus in Canada, and Vodafone and Orange in Britain.