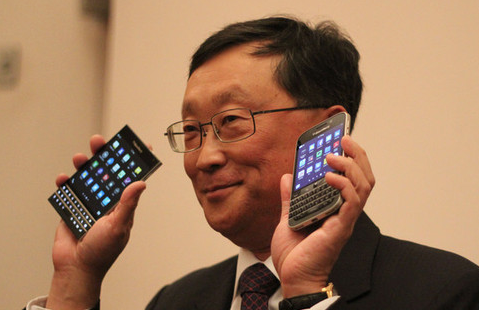 Apple has the world buzzing about smartwatches more than ever. The incessant hum surrounding wearable technology isn’t lost on BlackBerry.

Not long after Apple unveiled the Apple Watch, which is slated for launch in early 2015, BlackBerry revealed that it has been doing “internal research on different wearables,” according to the company’s president of enterprise solutions, John Sims.

Under John Chen, BlackBerry is laser-focused on the enterprise market. This likely means that any wearable tech BlackBerry develops would target that area and not compete with most of today’s devices, which are decidedly consumer-focused.

However, Sims stressed that there is nothing in actual development yet, and BlackBerry isn’t sure if it will ever launch a wearable product. For now, Chen and co. remain committed to making smartphones and appealing to enterprise customers. The Canadian tech giant’s next-gen device, the tailored-to-enterprise Passport smartphone, will be officially announced later this month.