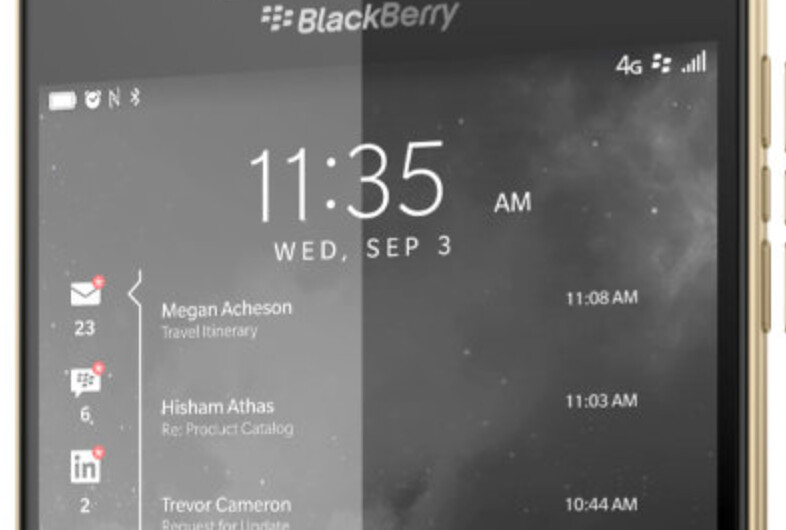 There was a time that BlackBerry was, inarguably, a smartphone maker—a hardware company.

Even as the company’s smartphone marketshare shrank and sales dwindled, its top brass always maintained it would continue building—well, BlackBerrys. That’s what a BlackBerry is, after all: a smartphone.

Now, in the middle of a turnaround that previous CEOs have tried and failed to execute, John Chen is suggesting that making fewer—or even none at all—smartphones is a real possibility.

“At a certain point in time, the economics take over,” Chen, who does not want to sell the company, said in an interview with Bloomberg.

We’ve been documenting BlackBerry’s gradual shift from hardware to software for well over a year now. As sales of actual BlackBerrys have continued to slide, the company’s enterprise-oriented security products have fared well, slowly becoming a larger component of the struggling company’s sales and overall value.

BlackBerry isn’t just going to up and stop making smartphones tomorrow, though. Hardware sales still account for nearly half of Blackberry’s revenue, despite a global marketshare of less than 1%.

Axing hardware departments would likely see BlackBerry lay off even more employees—something which it has been doing consistently for close to four years now. BlackBerry currently employees fewer than one-third of the 20,000-plus workers it had on staff during in 2011.

If things continue as they are—and there is little to suggest otherwise—BlackBerry will soon be two things: a software company, not a smartphone company; and smaller.