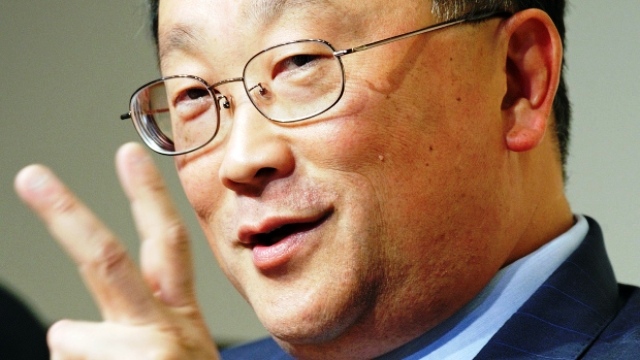 BlackBerry has lashed out at T-Mobile for trying to entice its customers to switch to iPhone.

The carrier launched an email promotion for BlackBerry users to switch to an iPhone 5S with no money down. BlackBerry CEO John Chen publicly lambasted T-Mobile in an open letter posted to his company’s website, in which he attempted to rally the support of his dwindling fanbase.

“T-Mobile could not have been more wrong,” he wrote, thanking the BlackBerry faithful for “expressing your outrage” and sending a “powerful message.”

In his letter, Chen reminds T-Mobile that their “long-standing partnership was once productive and profitable.

For his part, T-Mobile head John Legere has responded by reminding customers that they can purchase the BlackBerry Z10 and Q10 (which launched in Q1 and Q2 of last year, respectively), and pledged to expedite shipping of BlackBerry devices. He reiterated that T-mobile is also happy to support unlocked BlackBerry devices that customers purchase elsewhere, and apologized for any “confusion.”

Dollars to donuts, whatever the state of BlackBerry’s next fiscal report, this incident will be invoked as justification.