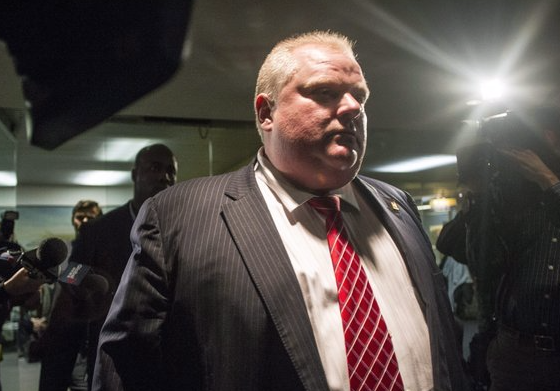 An email bomb threat sent to the Toronto mayor’s office this week urged Rob Ford to resign or have his office blown up.

A bomb-sniffing dog was brought into the office in response, but no explosives were found. Police investigated the threat, and continue to do so, but no evacuation of the mayor’s office took place.

The anonymous threat, which was sent via email on Monday, indicated bombs were already in place surrounding the building. Once it was confirmed by police that there were no bombs on site, Ford opted to go public with the threat.

Ford described the email as “disturbing.”