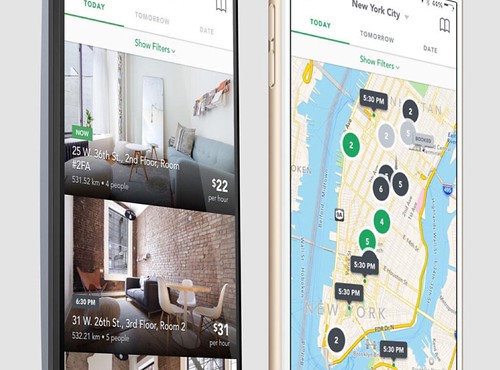 Breather, a provider of on-demand private workspaces, today announced that they’ve raised a $20 million (USD) Series B round of financing.

The round was led by Peter Thiel’s Valar Ventures, including participation from Toronto-based Real Ventures.

The Montreal-born startup offers workspaces in nearly 100 locations, including Ottawa and Montreal. Following this funding, the Canadian company says it plans to expand to Toronto next.

“We’re building a killer team and are moving quickly to build the biggest network of spaces for all who need it,” said Breather CEO and cofounder Julien Smith. “The way [people] work is obviously changing, and we want to give them the flexibility, convenience and privacy they need.”

Breather acquires locations via commercial office leases and revenue-sharing agreements, with locations ranging from 500 to 3,000 square feet each.

“If you can make cities work better as meeting places, you can build a very valuable business,” said Peter Thiel of Valar Ventures.

“The traditional office is insufficient in the modern economy,” agrees James Fitzgerald, founding partner at Valar Ventures. “Today’s highly mobile and increasingly freelance workforce is untethered from conventional commercial real estate and has a growing need for workspace that is private and widely available on-demand.”

Breather, a former Techvibes 20 company, raised a $6 million Series A round last year.