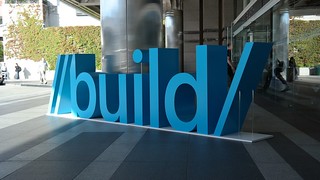 As with previous years, Microsoft Build 2016 continued to focus on enabling developers to do amazing work as businesses and industries transform in support of the shift to a cloud-first, mobile-first world.

Filled with strong technical sessions as well as opportunities to meet and learn from others in the industry, the conference saw Microsoft make a number of announcements, both big and small.

For example, Microsoft announced that Windows is closing in on 300 million users—it’s at 270 right now. The company also expressed a strong interest in bots and how they could improve software experiences with Skype, Cortana, and Windows. Microsoft also noted that HoloLens has started shipping the $3,000 pre-released edition.

Check out Microsoft’s full spectrum of announcement in the video of its Build Day 1 keynote below.