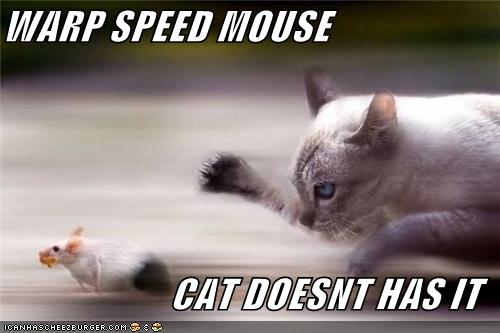 In the mobile tech world, because of the speed that it moves at as one of the world’s fastest flipping ecosystems, a few months ago does seem like ancient history.

Maybe my time perception compared to someone not in the tech world seems “warped.” That’s much like those that were constantly sent into that element on Gene Roddenberry’s Star Trek: The Next Generation.

Let’s just say that we have only been travelling at a low warp speed though. We are only about to travel at a much higher warp speed in the coming years. In 2016, Cisco projects that network demands will handle 18 times the amount of today’s global mobile data traffic. It’s no wonder why IT departments initially freaked out about BYOD.

I can remember sitting beside the former CTO of Sun Microsystems Lew Tucker, now CTO of Cisco, who had flown in from San Francisco on a bright mid-May morning in Toronto this year. Across the table sat another journalist who was vocal about that Cisco had innovated just in time to overcome the fears that the Internet would have rolling blackouts due to traffic overload issues.

I recently mentioned that Cisco’s Ottawa Development Centre was instrumental in making all that all happen with CRS-1 routers. Tucker just kind of chuckled oftentimes and others in the room became increasingly nervous.

High-ranked Cisco executives dismissed the term “The Internet of Things” when I asked about it, calling the term something that a tech blogger made up and became popularized. The paradigm is much larger than just the Internet of Things and Cisco is looking to unify everything.

They rather view BYOD, connected devices, and various networks as something they can unify through their product Unified Access Solutions. It was released in San Francisco back in June.

In 2016, the company projects networks to manage nearly 19 billion new connected devices. That is well on its way to the stunning projection of 50 billion connected devices worldwide by 2020.

Cisco’s new Unified Access solution was further unveiled in New York last week with innovative upgrades for enterprises. It is a highly secure network infrastructure based on one policy source and one management solution for the entire network. It provides consistent sets of network capabilities across wired, wireless, and virtual private networks, allowing them to behave as a single entity.

That’s critical because IT departments at large companies can’t be constantly dealing with every new connected device coming onboard. Managing a number of different infrastructure paradigms is not only challenging but increasingly time-consuming. As a result, the “Internet of Things” potentially does not create as much chaos in IT departments as previously thought. Nor will BYOD if it all behaves as a single entity.

“Cisco’s network vision is to help IT organizations drive business innovation by successfully harnessing market transitions such as cloud, BYOD and surge of data to ultimately deliver new connected experiences over any network,” says Sujai Hajela, VP and General Manager of Cisco.

In addition to network unification, other highlights include context-aware security features for BYOD. Another is enhanced visualization of data flow for performance and troubleshooting management. Small and medium sized businesses or deployments can enjoy four new virtualized products using VMware. Large organizations or deployments can manage a ridiculous 6,000 access points and 64,000 clients with one Cisco Wireless 8500 Series Controller. ClientLink will also critically improves the performance of clients with better battery savings management for mobile devices.