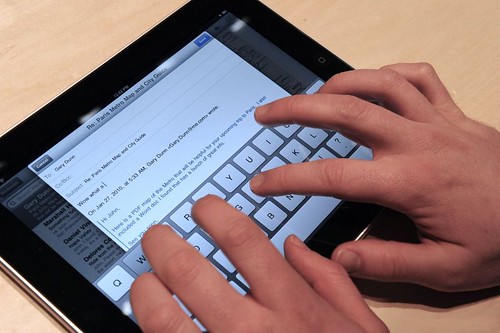 The bring-your-own-device trend is going global: a new study of more than 40 countries has found that workers around the world are increasingly using their personal mobile devices in the workplace for professional use.

According to the study by IDG Global Solutions, 41% of workers use their smartphones for business, and among tablet owners, 37% use their slate for business.

Tablets appear much more widely used in the workplace overseas. In Asia Pacific, nearly 60% use their personal tablets at work. And in the Middle East and Africa, a tablet is the primary computer for 43% of people, compared with just 19% for North America.

On average, 56% of smartphone users use their devices to make purchases and 73% of tablet users make purchases with their devices, but in each case the vast majority buy personal products or services rather than those intended for work purposes. A few regional figures stand out: 75% buy with a smartphone in North America and 84% purchase with a tablet. In every region, a majority of tablet users said they have made a purchase with their device. At the information gathering stage, 33% of smartphone users click or interact with an advertisement and almost 21% do so on a tablet.

“Mobile and tablet are becoming the preferred media consumption devices and are relied upon as users move from research to purchase,” says Christina Carstensen, director, Mobile Strategy at IDG Global Solutions. “Users expect an experience tailored for a mobile screen when they access content on the go, so mobile optimization will be important for both marketers and media companies.”

“These findings should remove some of the doubt over the impact of mobile ads and the hesitancy to spend more on mobile marketing,” suggests Matthew Yorke, CEO, IDG Global Solutions.