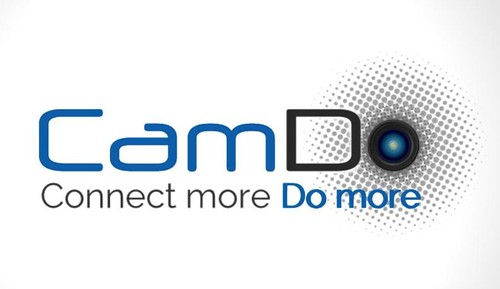 “The growth of video is massive at the moment.  It’s one of the biggest trends of the decade,” said Cam-Do CEO Todd McCann to a group earlier this year at the BCTIA.

Vancouver-based Cam-Do designs, produces, and sells a number of solutions that expand the application of GoPro cameras. Among their customers are Google, NASA and National Geographic.

Relating to power, the company creates products for prolonged installations including battery, AC and solar.  They also produce timers and controllers for time lapse and scheduling, enclosures for extra battery storage and security, and marine products such as deep water housings for underwater wifi extenders for applications beyond the GoPro specifications. Beyond this, the company ships synchronization products, used mostly by video professionals.

While there are already many cameras and accessories on the market, Cam-Do addresses systems and the equipment itself, allowing the cameras to domore.

The company was started by Peter Jennings, an avid paraglider.

After receiving a GoPro for his paragliding helmet as a gift, he tried to use the time lapse feature to record over several days but found it lasted no longer than two hours.​

He then designed a controller that used the shutter power to run the processor with the camera off, using little power. This allowed 2,000 photos on one battery.  Imagining others might be interested, Jennings posted to the GoPro forum.

He was correct. Among those interested was Scripps Institution of Oceanography, which wanted to create time lapse videos of undersea habitats. The controllers were sent to Palau where they were put on a coral reef and picked up ten days later.  Not long after the Scripps team returned from Palau, they began showing their time lapse reef videos at conferences.  Audience members were literally going to the site and ordering controllers as they watched the videos.

Orders continued to roll from there. Eighteen months later, Cam-Do had 26 products.

There are a couple of reasons that they chose to focus on the GoPro camera.  One is because of the camera’s popularity.  GoPro shipped over five million cameras last year. A second reason is because the GoPro is not just a sports camera. It has become popular across the professional sectors due its size, versatility, price point, and resolution.

The first comprises any activity that connects multiple cameras together.  This may be for 360 degree filming or for creating a time slice effect, in which a subject seems frozen in place and time as a camera appears to move around it, requiring synchronization amongst several cameras.

The second is underwater filming. The Cam-Do deepwater housing combined with a sonar or motion detector for marine life allows professionals to deploy a camera at the bottom of the ocean for weeks instead of hours.

The third is use case is outdoor or off-the-grid operations, with security, hunting, and wildlife observation among them.  For this purpose, Cam-Do produces solar power system including a 6 watt solar panel.  In fact, the most popular use for the products is at construction sites, which may need a photo a day for two years while a building goes up.

Another opportunity for Cam-Do arises from what they deem a gap in the cloud space. The idea is to allow video to be uploaded from the camera to the cloud, and edited with post-production software.

Describing the solution, McCann says, “What do you do with 30 cameras after you’re done filming?  You’ve got 30 SD cards, 30 cameras to charge.  In terms of workflow, it’s amplified so much.  So we’re building software so that when you plug your camera in to charge it at the end of the day, it automatically downloads the footage, and then we’re building out the editing suite around that.”

Cam-Do has recently closed a seed round, and in the near term plans on connecting the camera to the internet while it’s in location.

McCann says, “Now we have the money and the resources, and it’s just the plan that we have to execute on.”