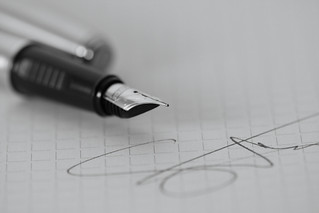 According to recent Bloomberg figures, U.S. based companies have accumulated $1.95 trillion in offshore cash and short-term investments. 80 of the top 100 publicly traded U.S. companies operate subsidiaries in tax haven jurisdictions.

The offshore stockpile is growing quickly, enjoying an 11.8% bump from last year. Twenty-two corporate giants, including GE, Microsoft, Apple and IBM, account for almost a trillion dollars of the total amount.

Multinationals use a variety of strategies to shift their income to lower tax jurisdictions because the U.S. maintains the highest corporate tax rate (35%) among OECD countries. This money is destined to remain offshore; at least until these companies can figure out how to bring it home without suffering an enormous hit.

The financial impact obviously involves broader notions of competition and public interest. The matter has received widespread attention from state and federal government agencies and recent congressional hearings have specifically targeted a number of tax strategies deployed by Apple and Google. What has yet to be acknowledged, however, is the potential distortion these strategies impose on the overall financial ecosystem itself.

Consider the Microsoft – Nokia deal. Like many U.S. multinationals, Microsoft has aggressively accelerated its offshore holdings, more than doubling its stockpile since 2010. Last year Microsoft disclosed it would owe $24.4 billion if it brought its international profits home. Instead, it decided to do something else with the money: it parted with $7.2 billion to acquire Nokia’s troubled handset business.

Most pundits were quick to criticize Microsoft, describing the move as an expensive and last ditch gamble to catch up with Apple and Google in the smartphone race. However, after you factor in the difference between the 35% U.S. rate and the actual taxes Microsoft paid offshore, the effective price tag for Nokia was $4.9 billion. This consideration didn’t get much attention in the financial media even though the obvious tax benefit is more than large enough to turn a potentially suspect deal into a winner.

I’m seeing similar tax strategies have an impact on Canada’s tech ecosystem. I sit on the Board of Bit Stew Systems, a leading provider of smart grid analytics to the utility industry based in Vancouver. Recently, Bit Stew received a multi-million dollar Series A investment led by Cisco Systems. The money originated from their office in the Netherlands; another case of “trapped” offshore cash finding a home without suffering a 35% haircut.

Cisco CEO John Chambers made headlines last year when he announced that unless the U.S. tax code is revised, he is no longer interested in buying American companies. This is a big deal. Cisco essentially wrote the handbook on strategic M&A growth. The company has $46 billion parked overseas and their CEO is adamant he won’t spend a penny of it in the U.S. I can’t imagine that a networking startup based in Seattle is going to feel good about that.

Make no mistake, Bit Stew makes great products that could potentially become lucrative additions to Cisco’s existing offerings, but the company is also part of an acquisition roadmap, which for the time being no longer includes the U.S.

I asked Jim Temple, Bit Stew’s CFO, who is based in the U.S., about the broader implications.  “The current tax situation may give some Canadian companies a shot in the arm. The big boys are showing you their playbook,” says Temple. “This creates an interesting opportunity for smaller companies that are very savvy and can create something that fills the gap created by trapped U.S. profits. A 35% tax advantage means not every investment needs to be a homerun.”

Temple also told me he was impressed with Canada’s mix of R&D tax credits and local investment incentives. “All these tax advantages help create liquidity events. That, in turn, moves the market forward and accelerates the local infrastructure, allowing Canadian cities to better compete with their U.S. counterparts. One thing I can say for sure is that my colleagues are watching what’s happening up there more than ever.”