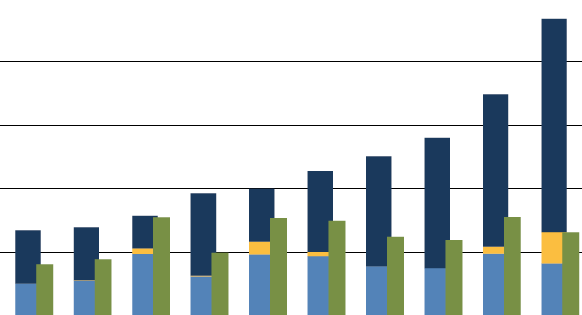 Canada’s top international ranking is mainly due to low effective corporate income tax policy combined with moderate statutory labour costs as well as our harmonized sales taxes, according to KPMG. The United Kingdom ranked in second spot with Mexico landing in third in terms of tax competitiveness.

Toronto, Vancouver, and Montreal held the top three spots among the 51 major international cities (population of two million or more) included in the 2014 report. A total of 107 cities were featured in the study, of which 15 were Canadian. When including all cities regardless of size, nationally Edmonton ranked as the most tax competitive city in Canada.

Atlantic Canada remains a highly tax competitive region in Canada with Moncton, Fredericton, St. John’s and Halifax rounding out the top five tax competitive cities in the country. Quebec City moved up to 9th place this year primarily due to an innovative property tax provision that rewards owners who improve their properties, thus causing assessed value to increase.

“This year’s report demonstrates that once again Canada provides an attractive business tax climate. Our corporate tax policies ensure Canada remains a viable option and desirable location for businesses looking to locate or expand their operations.” 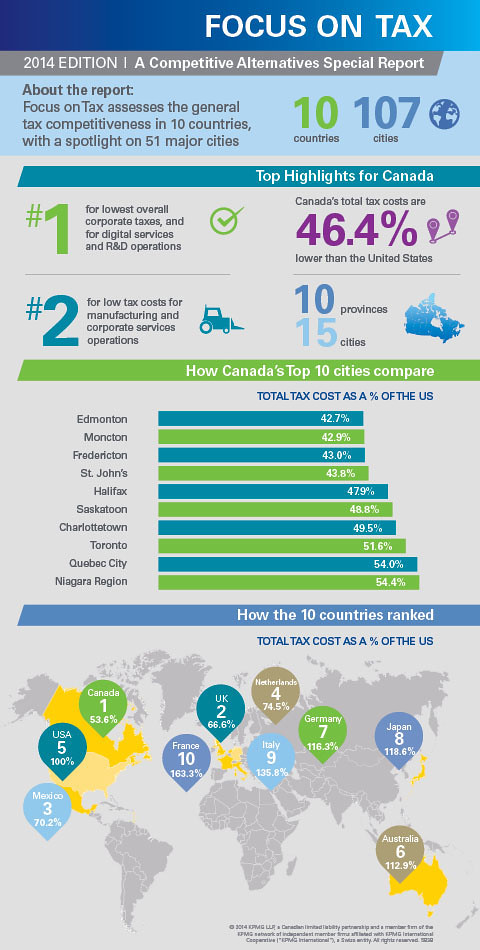