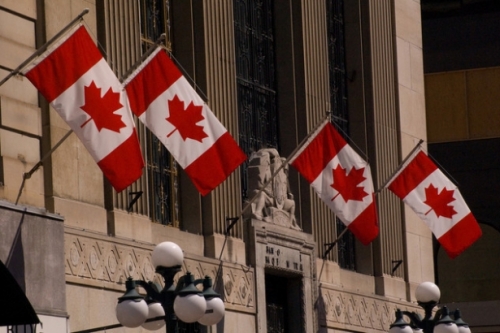 The first State of Science and Technology report in six years has been released by the Council of Canadian Academies. It suggests information communications technology is Canada’s biggest hope for the tech industry to prosper and grow in.

Canada only holds 1.7% of the world’s patents. But within Canada, information and communications technology accounts for 44% of patents.

The other five outlined industries in which the country excels includes physics and astronomy, visual and performing arts, psychology, historical studies, and clinical medicine. Clinical medicine leads the way in the amount of research devotion by more than double of ICT.

Emerging areas according to keywords in an innovative bibliometric analysis of Canadian research clusters have been identified. Rapidly emerging research clusters include wireless and networking, information processing and computation, nanotechnologies, and digital media technologies.

The report expects that Canada will eventually become a global leader in digital media. But it comes after the Conference Board of Canada noted that our nation was slammed downward in innovation rankings on a global competitiveness scale.

The Conference Board of Canada report outlined: “Canada is being dragged down by a less favorable assessment of the quality of its research institutions and the government’s role in promoting innovation through procurement practices.”

Yet we are certainly an advanced nation: Canada produces 4.1% of the world’s research papers. That’s in addition to 5% of the world’s most frequently cited papers. We seem to have more than the average number of people understanding how to be innovative in Canada versus other countries.

However, business R&D spending, which comprises of nearly two thirds of all R&D spending, is down 17% in Canada from the period of 2006 to 2010 as private-sector research performance declines. Canada is the only country in which R&D spending has declined in the OECD, at a tune of 6.4%. R&D spending throughout the OECD increased 17.4% on average.

Perhaps the Conference Board of Canada is more accurate in slamming the Canadian government. It was notoriously slow moving during years of minority parliaments of the latter half-decade as technology continues to speed up rather than slowdown in the 21st century. The government has been faster moving under a Stephen Harper majority government.

Ontario, Quebec, British Columbia, and Alberta stunningly represent 97% of total Canadian output in terms of science and technology research papers. Where are the other provinces, considering that location should no longer be a barrier given the Internet and mobile devices?

James Millway and Roger Martin, who wrote a book called “Canada: What It Is, What It Can Be,” say that the government has struggled with investment strategies for the economy over a long period of time. The return on investment hasn’t been there according to the authors.

The government has traditionally matched or followed investments after private and public venture capital institutions. It’s debatable as to whether this is an effective strategy.

Canada’s overall investment in R&D has declined to $24.5 billion, which is ninth in the world. Canada is only investing 1.92% of gross domestic product back into the economy, which is below the OECD average of 2.4%.

However, the Government of Canada recently took one positive step forward in reducing the amount of red tape for small businesses, according to The Globe and Mail.