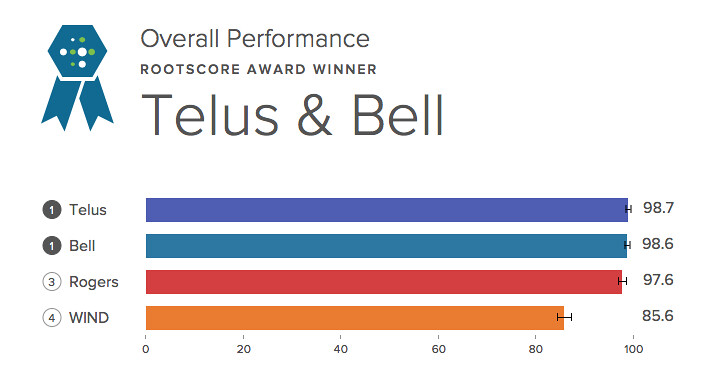 The speeds of Canada’s wireless carrier networks have been thoroughly tested by an independent mobile performance company.

In Toronto, Bell and Telus tied for first. In Montreal, Videotron won. In Vancouver, Rogers won.

Overall, Wind Mobile recorded a median download speed of 2.9 Mbps. The second-slowest operater, Telus, clocked 25 Mbps. However, prices and value were not factored into RootScores (Wind offers unlimited data for around $35 per month, for example, while a similar plan with Rogers, Telus, or Bell would cost nearly $100 more).

Nationally, Telus won, ahead of Bell by 0.1 points.