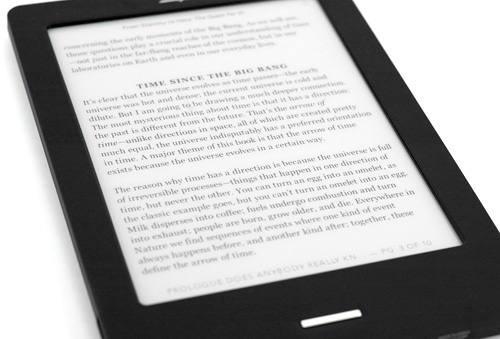 With 13 billion pages turned globally in 2015, ebooks are a passion for many reading enthusiasts.

According to the second annual Kobo Book Report, the eight markets surveyed turned an average of 31 pages per day.

Canadians, however, consumed more content than every other region, demonstrating their love of e-reading with an average of 38 page turns per day.

“Reading is a common bond amongst people of all ages, regardless of language or location, but it’s always interesting to see where the similarities and differences lie across the globe,” said Michael Tamblyn, president, Rakuten Kobo.

Once again Canadians have shown a preference for romance, fantasy and mystery novels, which are also popular amongst Kobo users around the world. Sunday proved to be the day readers spent the most time curled up with their ebooks.

“Our research reveals that people genuinely love reading on dedicated devices – they offer unlimited content that can be enjoyed without digital distractions, while their design is capable of mimicking the print experience; this is what continues to attract the daily reader,” continued Tamblyn.

For the second year in a row, bestsellers that are made into Hollywood hits tend to pique readers’ interests. The Girl on the Train was Canada’s bestseller as readers anticipate the novel’s big-screen debut next October. Erotica also remains firmly on Canada’s bestseller list with Grey, the fourth installment in the Fifty Shades of Grey series, which has readers heating up for the second film launching in 2017. Also, City of the Lost: Part One, written by Canadian Kelley Armstrong, is the first installment of a six-part series and Kobo’s bestselling serial of all time!Of the millions of books downloaded by Kobo users, plenty are not read all the way through. Being purchased does not equal being read, but these have been devoured digital cover to digital cover.

3. Nothing But the Truth – Vicky Pattison

From politics to the start-up culture, hot business reads were heavily coveted by Canadians, and readers turned to these top titles for inspiration and advice.

2. This Changes Everything – Naomi Klein

The ‘new year, new you’ mantra was interpreted in several ways this year.

1. The Life-Changing Magic of Tidying Up – Marie Kondo

3. The Power of Now – Eckhart Tolle

Kobo readers either loved or hated these titles with the highest variance in user rating.