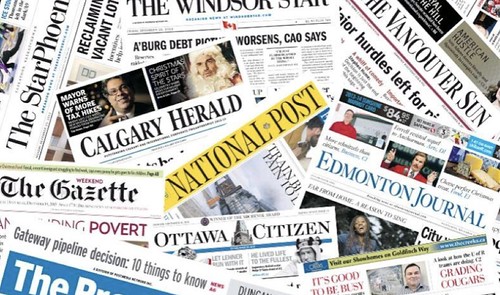 Postmedia Network Canada saw its revenue drop again, even on the digital side.

The company, which owns several prominent Canadian newspapers including the National Post and the Toronto Sun, hopes to reduce costs by $80 million by mid-2017.

And digital media—where Postmedia hoped to grow—revenue slipped 5.7%. As a result, the company reported a $4.2 million net loss.