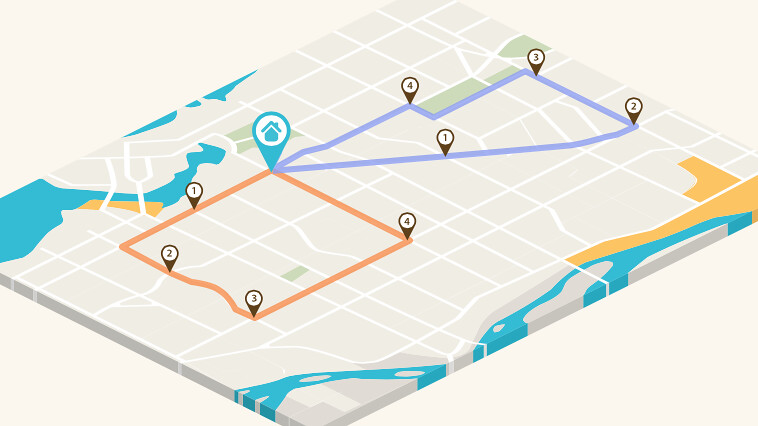 Routific provides optimization of delivery routes around the world using a product that automates routing and scheduling operations, taking into account the number of destinations and drivers, as well as time windows and capacity loads.

Routific, a newly launched startup out of Vancouver, says that currently operations managers are forced to plan and schedule their deliveries manually, “often with pen and paper and a painfully complex spreadsheet.’ It’s a time-consuming and cumbersome process, the Canadian company points out, and owners and managers are recognizing that their time could be better spent growing their business.

The Routific product was soft-launched as a service in the cloud in May, and deployments are currently live in Vancouver, San Francisco, New York City, Paris, Melbourne, Hong Kong and Singapore.

“Routific keeps our operation smooth and efficient,” explains Adam LeVasseur, cofounder and CTO of MakeSpace, a full service storage company in New York City. “The API was a snap to integrate and helped us eliminate the complicated and lengthy process of manually planning routes.”

Cofounder Marc Kuo wrote his thesis on the vehicle routing problem, and later went on to work as an algorithmic trader at UBS, a global investment bank, before starting up Routific.

“At the bank, I felt there was something inherently wrong when I was using algorithms to help large multi-national companies inflate their already bloated portfolios,” Kuo said. “I wanted my work to create value and bring about positive change in the world; Routific is all about cutting waste and helping the world turn a little more efficiently.”

Routific was the winner of Vancouver’s 2012 Startup Weekend and as well as the 2013 Novex Challenge for environmentally, socially and economically sustainable businesses. Routific is currently being accelerated by Axiom Zen, a startup foundry.