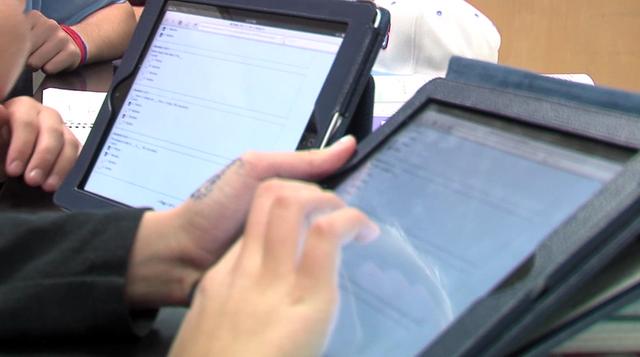 One-third of Quebec students who use iPads at school say they play games during class. And 99% of them say they find tablets distracting in school settings, according to a new study that surveyed more than 6,000 tablet-owning students between Grade 6 and 10.

Interestingly, though, the report concludes by suggesting schools and teachers nonetheless adopt the technology, describing iPads as a “necessary risk”—it may be distracting but it also offers “breathtaking cognitive potential.”

One problem is that teachers are generally less experienced with tablets than their students. The report noted that only 30% of teachers were familiar with using iPads before teaching with them in the classroom, while almost 50% of students were familiar with iPads before using them in a classroom setting. Some teachers observed in the study were given iPads on the first day of school after having never used them before—surely a recipe for disaster, yet no fault of the iPad’s technology.

While tablets may prove a distraction, they are no more so than cellphones—even when banned, up to 95% of students texted during class, according to the report. Meanwhile, teachers reported on average being “moderately satisfied” with the iPad as a classroom tool and students ranked satisfcation even higher—so despite early hurdles, there’s promise.