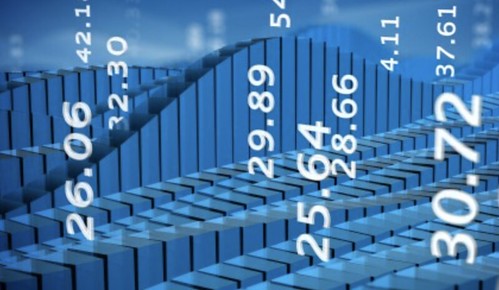 With the changing tide of Canadian business, investors may need to adjust their sails.

John Ruffolo, the CEO of OMERS Ventures, and Globe and Mail business reporter Sean Silcoff sat down at the Cantech Investment Conference 2016 to discuss these trends and how investors should react to them.

“When someone asks me about our most high profile investments,” Ruffolo said in an interview prior to the conference, “the single string that connects virtually all of them together is the passion of the founder and the founding team.”

He says that with trends changing so quickly, the desire of the founder to take their idea and build a successful business is usually a reliable investment.

“They are truly in it because they saw a really big problem. That passion is what we love to invest in,” he goes on to say.

Though he explains that, as a venture capitalist by trade he has the benefit of “pattern recognition,” when making investments, he recommends that casual spenders invest in areas that they know extremely well. In short, he doesn’t even want to hear your exit strategy.

He goes on to describe his criteria for a successful investment saying that when dealing with disruptive technology, investors should look for the quality of the founder, the caliber of the problem and the size of the market.

“Are they in a large market? Is the problem worth solving? Are you gonna be the one to solve that problem?”

The reason he tirelessly argues the importance of the founder or founding team is that he’s rarely seen a startup solve the specific problem they pitched. The issue is usually more dynamic than they’ve predicted. The markets are changing quickly enough for trends to live and die in a tenth of the time that they used to.

“You need room to pivot, iterate,” he concludes.

In conversation with Silcoff, Ruffolo goes into why Canadian technology has seen such a boom in the last few years, and claims that VCs want to get behind trends early.

He describes an investment cycle that begins four to five years before a huge boom. VCs don’t want to invest in trends that are already eight to ten years out.

He continues by saying that five years ago, there was real money to be made in Canada. Startups were starved for capital, and VCs were eager to provide. However, a promising Canadian market doesn’t mean investors need not be wary.

“Five years ago, and the reason OMERS built this arm was to get access to the money that was in Canada. We were kind of putting out money where our mouth was. The challenge that we had was a public that didn’t see it and didn’t care about it,” says Ruffolo.

During that period, he says the public became comfortable with the idea of a resource-based economy. Ruffolo argues that this mentality caused other areas of the economy to lag behind. Eventually, when the time came to use the other economic tools in our arsenal, what Canada did instead was “show that the emperor had no clothes.”

What founders have faced in recent years is a government that’s fallen out of step with technology, as is evidenced by the struggles recently faced by disruptive companies like Uber. This is why, investors have begun pushing companies to work with regulatory bodies instead of against them.

“You saw the need to get the startups you invest in mobilized to talk to the government,” said Silcoff.

He starts by saying that it just got 40 per cent more expensive to attract American and foreign talent. He counters that by saying that though we may look a little “cheap,” our falling dollar also makes American venture capital more willing to come to Canada.

In summary, Ruffolo insists that investing in technology is no easy feat, even for those who do it every day. On that note, he offers those eager to get in on the action one more piece of advice.