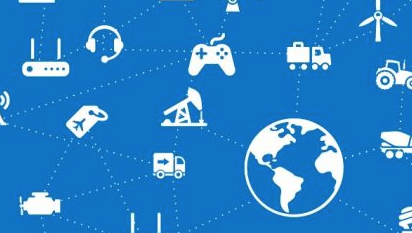 A strong telecommunications infrastructure, ample bandwidth and top technology talent, combined with evidence that Canadians are ready to embrace new connected technology, have lead industry experts to predict that Canada has the potential to become a global leader in the design and adoption of products and services related to the Internet of Things.

The report, “Canadians & Their Connected Devices: How the Internet of Things is Changing our Lives,” offers a vivid snapshot of Canadian consumer attitudes toward the rapid adoption of IoT.

RELATED: How the Internet of Things is Creating a Virtual World

IoT refers to the growing network of physical objects and the communication that occurs between these objects and other Internet-enabled devices. It extends Internet connectivity beyond desktops, smartphones, and tablets to a range of devices and everyday things (such as thermostats, security cameras and wearable fitness devices) that use embedded technology to communicate and interact with the external environment via the Internet. According to the GSMA organization of mobile providers, there are more than 7.4 billion objects currently connected to the Internet – more than the total number of people in the world.

Although the survey found that under half (42 per cent) of Canadians disagree Canada is ahead of the curve when it comes to technology, their attitudes towards emerging technology suggest a much higher level of sophistication. The majority (83 per cent) agree they are willing to try new technology to make their lives easier, 40 per cent consider themselves early adopters, and 68 per cent agree connected devices will save them time and make their lives easier.

Canadians’ affection for the Internet is evidenced by the fact that 76 per cent now possess a smart phone and 60 per cent say they like to be connected to the Internet at all times. With such strong technology usage and hunger to be constantly connected, it is not surprising that 45 per cent of Canadians have heard of The Internet of Things.

The prevalence of IoT in Canadian households seems likely to skyrocket as well, since just over three-quarters (76 per cent) of survey respondents anticipate at least one benefit from adding connected devices to their lives. The top benefits consumers expect include: making their lives easier (34 per cent), expecting they will feel safer (33 per cent), hoping to run their house more efficiently (31 percent), and saving time (28 per cent). Another 27 per cent are hoping to save money.