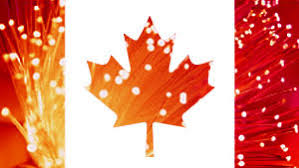 The Privacy Commissioner conducted a survey to see what Canadians had to say about their online privacy. The survey was created in response to the Conservative government’s proposed lawful access legislation this fall that would grant law enforcement agencies greater access to personal information on the Internet.

The survey revealed that 82 per cent of those represented in the poll oppose giving police and intelligence agencies the power to access e-mail records and other Internet usage data without a warrant from courts. 83 per cent also want their Internet service providers to ask permission before tracking any online behaviours.

The Privacy Commissioner recently sent a letter to Public Safety Canada explaining that the proposed legislation “would substantially diminish the privacy rights of Canadians” and noted that no evidence has been provided to indicate that law enforcement agencies are frustrated by the shortcomings of current laws.

The Harper government has said that it will introduce an omnibus crime bill in the fall, which will include provisions for police to collect data about web surfers without the court’s permission. Similar to bills C-50, C-51 and C-52, which the Conservatives tried to implement in the past, police would be able to collect emails, phone numbers, addresses and other information about Internet users without a warrant.

Under the legislation, Internet service providers could be required to retrofit their existing networks so that police agencies could monitor Internet activities in real time. Internet providers may also be asked to retain web data on particular customers.

Four in 10 Canadians surveyed said computers and the Internet pose a risk to their privacy, compared to only 26 per cent two years ago.